Africa is the richest continent on earth in terms of extractive resources, but until members of parliament up their game and demand meaningfully beneficial deals, their citizens will continue to wallow in abject poverty.

The continent is awash with massive deposits of extractive resources that include iron ore, petroleum and natural gas, crude oil, diamonds, gold, uranium, platinum, cobalt and phosphate – which is used to make fertiliser.

The MPs invited Titus Gwemende, Southern Africa regional lead on natural resources at Oxfam International, to share his thoughts on the impact of COVID-19 on natural resource governance in the SADC region and what parliaments can do.

Mr Gwemende argued that COVID-19 had not shown Africa anything new about natural resources but had “accentuated certain weaknesses and inequalities and accelerated certain processes that had already begun”.

He, however, said COVID-19 had triggered an “economic carnage” of national economies on the continent, with little prospect of economic growth on a scale needed to reduce poverty soon.

Mr Gwemende noted that the International Monetary Fund (IMF) had earmarked “negligible” amounts to emergency loans. This, at a time when expenditure looks set to far exceed revenues, prompting many countries to run budget deficits.

He said the world was experiencing “massive economic contraction” and that licencing for exploration and extraction in the oil and gas sectors was uncertain as COVID-19 rages. Additionally, the prices of most resources in the extractive sector had gone down, forcing many projects to drastically scale down or suspend production.

On the employment side, Mr Gwemende said COVID-19-induced restrictions had resulted in loss of jobs for millions of people in the mining sector. Underground mining operations had been uniquely hard hit because miners typically go down mine shafts in lifts, making social distancing a logistical nightmare.

The committee agreed on the need for national parliaments to deeply reflect on the ripple effects of COVID-19 on the ability of governments to sufficiently finance important sectors that include education, health and the civil service in which employees were already showing signs of anxiety.

Mr Gwemende warned that when governments find themselves in a squeeze, the propensity to borrow, even on “punishing terms” grows.

He said: “For MPs, this is the time to call for restructuring of loans and cancellation of some debts altogether.”

The committee agreed, also, on the need for frank discussions on the future of employment in the mining sector post COVID-19 and for careful management of expectations. This is because many jobs lost during COVID-19 “may never come back” due to increasing automation or replacement of human beings with robots, according to Mr Gwemende.

On returns from mining, the parliamentarians expressed concern over exporting minerals in their raw form. It was noted that among the best roads in southern Africa were those linking mining sites to ports of export. This was meant to smoothen carrying of raw materials to where they are processed outside their countries of origin.

“Governments must support and improve the industrial base and allow local companies to capture larger parts of mining procurement while MPs advocate for local content inputs.”

Turning to skills, he said lack of appropriately skilled manpower was the bane of the region’s extractive industry. Poor prioritisation was another challenge.

He said: “Our governments are busy resurfacing the wrong roads. Instead of creating new roads, we are resurfacing old colonial-era tarred roads.”

With gold being the only mineral fetching good money under COVID-I9, Mr Gwemende enjoined MPs to help change the prevailing situation in which artisanal miners were regarded “as criminals”.

“There are very few African countries that recognise or have a formal strategy for artisanal mining in which your young man or woman is involved. There are more people involved in artisanal mining than in large-scale mining,” he noted and argued that formalising and supporting artisanal miners with modern technology could be a masterstroke in ending poverty.

On labour rights, the committee stressed the need for parliamentarians to advocate for the protection of the rights of workers affected by COVID-19 while championing the transition to cleaner energy including solar.

The need to invest in solar technology was especially stressed so that Africa – with abundant sunshine – leads in producing rather than importing solar equipment. The MPs agreed that it was possible for parliament buildings, hospitals, schools, universities and farms to be solar-powered.

It was agreed that for the extractive sector to meaningfully benefit all citizens, its governance needs to be strengthened to bring about more transparency, accountability and inclusivity.

As governments borrow to tide over COVID-19, Mr Gwemende urged parliamentarians to watch all deals being cut like hawks to avoid raw deals.

“The challenge when a government is desperate is to accept loans on terrible terms. This is the time to insist on revenue, loan and contract transparency. A desperate man is a poor negotiator! The legislator must be vigilant,” said Mr Gwemende.

She said trade in agriculture had taken on a new significance under COVID-19 as many countries had closed their borders and imposed other restrictions to curb the spread of the virus, and also to assure their own food security.

She said: “These issues make trade in agriculture in the context of the African Continental Free Trade Area (AfCFTA) much more than a trade issue.  Promoting intra-Africa trade in agriculture is important for food security, expanding agricultural production, and supporting agri-processing contributes to the objectives of diversifying and expanding the continent’s productive capacity.”

She added that promoting cross-border value chains in the agro-industry requires that tariffs not only on agricultural products, but also on key inputs such as fertiliser be liberalised under the AfCFTA.

“Rules of origin take on special significance to ensure that imports from the rest of the world, do not take advantage of the liberalisation that member states negotiate under the AfCFTA,” she said. 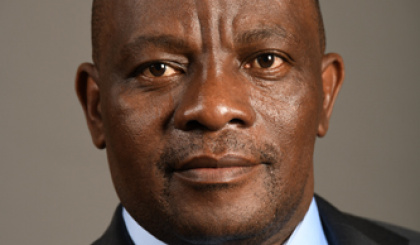 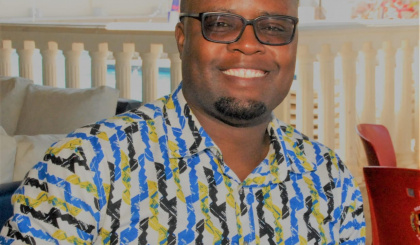