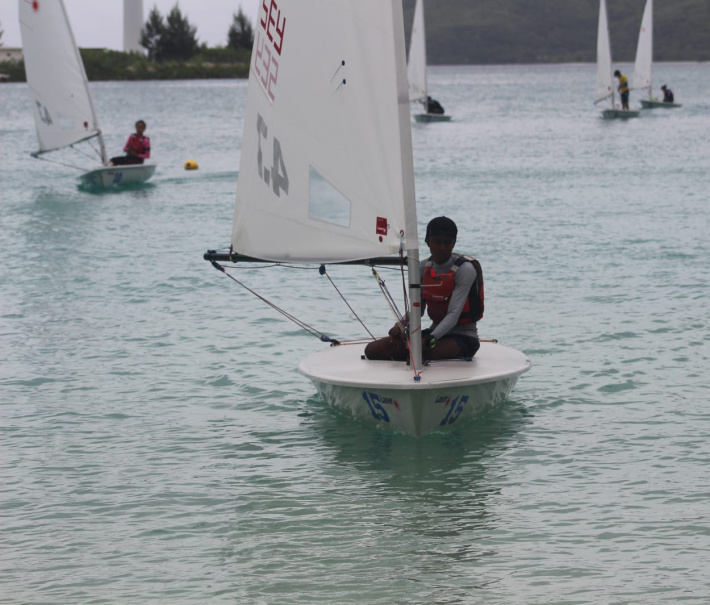 Ryan Alcindor maintained his good start to the season

Ryan Alcindor and Luca Marzocchi maintained their good start to the season as they dominated the second series of races which were organised over the weekend.

In the Hunt Deltel-sponsored Optimist Cup, Marzocchi won three of the five races to maintain top spot from the first races and he told Sports NATION that he is really enjoying his races as well as the competition from his teammates.

“It was tough competition from my colleagues in difficult wind conditions which kept shifting and therefore I had to use different techniques to enable me to win the races and I feel good about it,” Marzocchi told Sports NATION.

In the 4.7 Laser Suzuki Marine category, Ryan Alcindor also kept up his good start from two weeks ago as he triumphed in three of the five races and he said he is pleased with his performances though he has not been training regularly due to different commitments.

“The races were quite challenging with the wind changing often and I had to be alert so as to make maximum use of the shift to help me get the better of my colleagues and overall the season is going well for me though I’m not training on a regular basis,”18-year-old Alcindor related to Sports NATION.

Jasmine Monthy is on hot pursuit of Alcindor as she finished in second position on Saturday and says that she aims to reach the top of this category this season.

“It feels good to outshine the boys and I am targeting to dominate this category as I’m really enjoying my races though today the wind was very unpredictable, but I kept persevering and I’m quite happy with my performances,” Monthy explained to Sports NATION.

Dominique Labrosse leads the way in the Laser Radial category after Kenny Constance abandoned midway through the races on Saturday and he said he was not focused which allowed Labrosse to win all five races over the weekend with Loïc D’Offay in second position.

Labrosse said he is hoping to rule this group.

“It was very nice to dominate the race today as it was not easy with the shift in wind and I’m hoping to keep up the winning momentum in the coming races,” Labrosse stated as he leads the way in the Swimblue Pool Care-sponsored radial races.

Roy said he was quite pleased with his results especially as he did not sail last season as he was on overseas training.

“The weather condition was quite tricky today with the offshore wind and I think I won because I made the right decisions at crucial moments in the races,” explained Roy Govinden.

However, Rodney Govinden is still the leader on the overall standing in the races which will continue this weekend at the Victoria harbour. 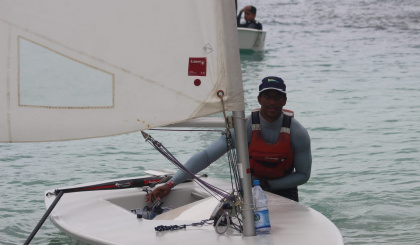