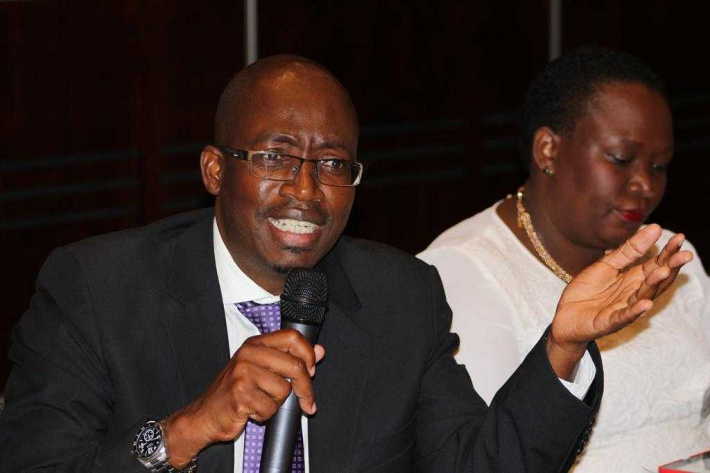 Justice Dingake is a citizen of Botswana who now sits on the Supreme and National Courts of Papua New Guinea. He made the remarks last week when he virtually addressed members of parliament. The MPs represent their countries on the Southern African Development Council (SADC) parliamentary forum’s standing committee on democratisation, governance and human rights (DGHR).

In February this year, the Constitutional Court of Malawi – in an unprecedented 500-page judgment – annulled the country’s May 2019 presidential election and ordered a re-run within 150 days. The court cited widespread polling irregularities that included unlawful use of correction fluid on ballot papers.

Justice Dingake said the fact that the government of Malawi respected and implemented the constitutional court’s ruling where others would have come up with all manner of excuses to do the contrary, was as unprecedented as it was commendable.

He said: “The decision and implementation of the orders of the court must count as a triumph of democracy in a continent where – quite often – the might of the sword triumphs over that of the pen.”

Malawi became the first country in Africa in which an election re-run led to the defeat of an incumbent.

Justice Dingake said what happened in Malawi was “unprecedented and sweet in a continent in which the military has often sided with the ruling class than the wielders of sovereign power – the people – when they were disfranchised and their voices muffled due to grave electoral malpractice”.

In August 2017, Kenya’s Supreme Court nullified the country’s presidential election and ordered a new vote. That was after opposition leader Raila Odinga raised issues with the electronic voting system.

Noting that election disputes were common in Africa, Justice Dingake said in resolving them, courts typically apply the quantitative and qualitative tests to establish the efficacy of the polls.

He explained that to succeed in an election petition in which the court applies the quantitative test, the aggrieved party has to establish that the alleged irregularity affected the result of the elections.

“Failure to prove that the irregularity affected the result of the election is usually fatal,” he said.

Justice Dingake said the other test, which African judiciaries were yet to fully embrace, is the qualitative test.

He explained: “The qualitative test looks at the integrity of the electoral process. If, for instance, the electoral process was afflicted by violence, intimidation, improper influence and corruption at a scale that renders the election a sham, viewed objectively, such an election may be invalidated; even if the margin between the winner and the loser may be huge.

The requirement that an electoral process must be transparent and administered in an impartial, neutral and efficient manner represents a qualitative aspect of elections. Qualitative requirements evaluate whether an election is conducted in an environment that is free, fair and credible.”

He reasoned that in the case of Malawi, the quantitative and qualitative tests were used, with the latter being more applied than the former.

“The court found that the electoral commission fundamentally departed from the dictates of the Constitution and Electoral Laws governing the conduct and management of election, and that there was no way any quantity could have been seen as being other than a result of massive irregularities that were committed,” he said.

Justice Dingake said the Malawi re-run offers lessons on many issues including rule of law, universal adult suffrage and equality before the law and credible elections dispute resolutions.

He said from reading the supreme court’s judgment, the conclusion that the country’s electoral commission broke the law, was inescapable.

He said: “It would seem from a reading of the supreme court decision that the electoral commission appeared to have taken liberties on the requirement that it strictly follow procedures set by law in conducting elections.”

The judge said the court’s judgment was water-tight.

“The judgment is a triumph for the rule of law and for democracy. It is, in my mind, a masterstroke of pure brilliance in terms of the constitutional reasoning adopted, findings of fact and conclusions reached.”

He suggested the judgment be made “compulsory reading for all constitutional law students in Malawi and the rest of Africa”.

On the take-home from the Malawi elections, Justice Dingake said: “Elections are an important pillar of democracy and so is an independent judiciary ready to protect the right to vote at all costs. Electoral management bodies must be independent and conduct elections according to the law. The elections management bodies being creations of the law, must comply with the law fully, and not make the law as they go by.”

On election observation missions, Justice Dingake said the Malawi elections should be seen as a wake-up call.

He said: “It is a sad reality of our times that quite often election observers in Africa, appear too quick to endorse elections as free and fair, and appear careful not to offend African governments.”

He said an independent judiciary was necessary to deliver electoral justice, while election observation missions should ideally be comprised of people of integrity.

“In a number of cases observer missions personnel are invariably governments’ appointees and politically compromised,” he said.

He cautioned: “Elections are the basis of the authority of any legitimate government, and a petition that is not frivolous should not be determined on technicalities without interrogating the substance of the complaint – leading people to believe that their choices do not matter. Such an approach is a recipe of instability.”

*Winner of the SADC Media Award (2008) and nine other journalistic awards, Moses Magadza is a freelance journalist and a PhD student.