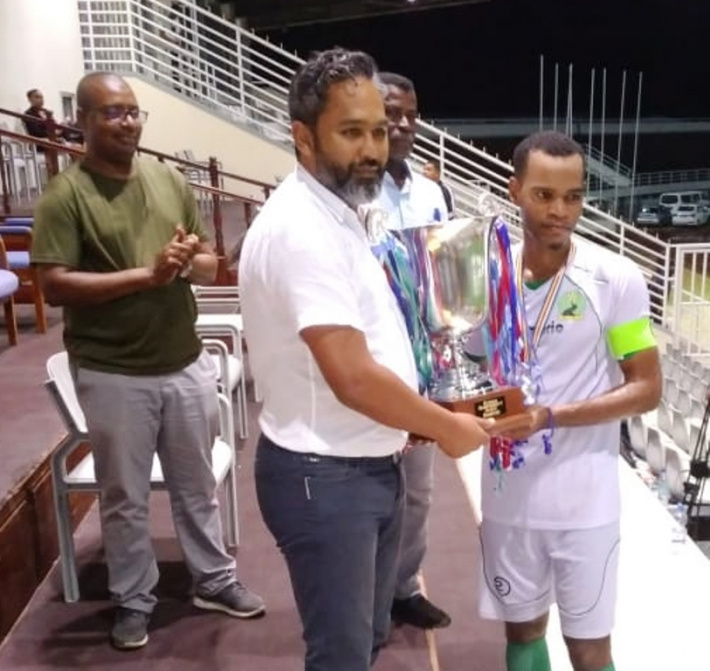 Real Maldives were crowned Championship One League winners after a 1-1 draw with their nearest rivals St John Bosco at Stad Linite last night in a title decider.

Real Maldives needed a point from this match to secure the league crown against their closest challengers who could have won the title if they could collect a win in this final league match.

Pointe Larue-based St John Bosco took the lead in the 16th minute from a sumptuous free kick by Yves Zialor for a 1-0 advantage for the players of coach Vivian Bothe.

But the players of coach Don Anacoura secured the crucial point deep in injury time through a strike by their star player Josip Ravinia who made 1-1 in the 94th minute and the score stood until the final whistle.

Sports NATION would like to congratulate Real Maldives and we will have a more detailed report on the match in our Saturday issue.