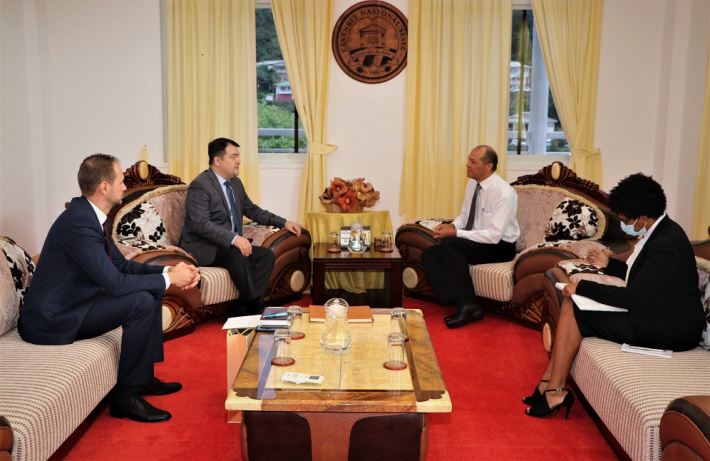 The Ambassador of the Russian Federation to the Republic of Seychelles, Artem Alexandrovich Kozhin, paid a courtesy call on the National Assembly Speaker Nicholas Prea at his office at Ile Du Port on Tuesday.

During their talks Mr Kozhin noted that the parliamentary relations between Seychelles and Russia are healthy but could be strengthened further through exchanges and programmes. This included the active interactions between the Parliamentary Friendship Committee of Seychelles and that of Russia through the International Affairs Committee (IAC) of the National Assembly.

Also present for the meeting was Maxim Matasov, the First Secretary of the Russian embassy in Seychelles and the deputy Clerk Tania Isaac.