The Anse Royale secondary school in collaboration with the National Institute for Science, Technology and Innovation (Nisti), launched its first ever science, technology and innovation club yesterday.

The science club was officially launched by Nisti’s chief executive, Xavier Estico, in the presence of the school council chairperson Nigel Henrie, teaching staff and several student members of the new club.

It is aimed at developing students’ skills and confidence in science, innovation and technology through a more informal learning experience and encouraging a new generation of science-minded youths.

In his key note address, Mr Estico highlighted that the science club should strive to create long standing partnership with parents, mentors, former Anse Royale students who are now working in the Stem field, businesses and the community around the school.

He noted that Anse Royale secondary school is at a particular advantage since it is surrounded by a number of large farms and is in close proximity with the University of Seychelles (UniSey) and other educational institutions, where the science club members can easily learn from.

“We cannot live in this world today without science and innovation, and this has been quite clear with the Covid-19 pandemic,” said Mr Estico.

“Stem is the driving force behind globalisation so you are the generation of the modern age. Try to be local, national, international and global players […] because it is this generation that will have to address the growing challenges of humanity,” he added.

The Anse Royale science club is open to students from S1 to S4 and is being led by physics teacher, Devi Duraiswami.

The club will further consist of a president, vice-president and secretary.

Ms Duraiswami noted that a significant number of students have already joined the club but not all were present for the launch because they had to limit the number of people to allow for social distancing.

Among its initial activities, the science club plans to set up a bulletin board to pass on information and updates on club activities, and on which articles on science discoveries and inventions will be displayed.

Each week the club will also select one scientist and highlight their achievements.

The school is also hoping to host science competitions every school term. 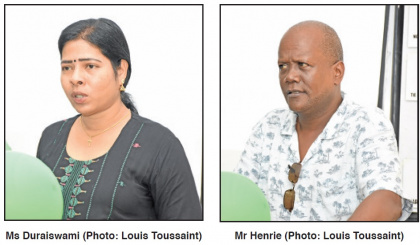