The Truth, Reconciliation and National Unity Commission yesterday was set to receive more evidence on one of the most bizarre cases of disappearance during the one party era, precisely that of sub-lieutenant Andrew Pouponneau who mysteriously vanished following the failed army mutiny of 1982.

The case named 0238 was brought in front of the Truth, Reconciliation and National Unity Commission (TRNUC) by Andrew Pouponneau’s sister Judith Dupres.

Two ex-soldiers, namely Roland Tomkins and Roland Madeleine, appeared before the commission yesterday with regard to the case, with the former claiming that he never saw Mr Pouponneau while he was at the Bel Eau headquarters after being captured, while in a bizarre twist, the latter refused to give any evidence whatsoever, even after swearing in.

After discussion, the chairperson of the TRNUC advised Mr Madeleine that according to Section 13 (c) of the commission’s Act, based on his behaviour, he was liable for contempt of the commission.

It was officially claimed that Mr Pouponneau jumped out of a moving transport – Pinzgauer army vehicle – with his hands cuffed behind his back, guarded by three soldiers armed with Avtomat Kalashnikova (AK-47) rifles at the junction at National House on the way to the Bel Eau army headquarters and escaped towards the Botanical Gardens.

In his evidence in front of the commission in November last year, ex-police officer Florent Servina said he was working at the Central Police Station on August 18, 1982 when in the afternoon he witnessed the arrival of Mr Pouponneau who had come to the station to surrender.

He said Mr Pouponneau was seen by his superior at that time, inspector Leon Bonnelame, who entered his statement in the occurrence book that he was advised by someone to give himself up to the authority.

Mr Servina also added that inspector Bonnelame informed the military about the surrender of Mr Pouponneau before an army vehicle with soldiers came to pick up Mr Pouponneau at the police station and went away with him with his hands cuffed behind his back.

An hour later he heard on the radio that a search was being mounted for Mr Pouponneau who had jumped out of the vehicle.

In his evidence before the commission, also last year, ex-soldier Joe Rath who was also part of the rebellion, claimed that while being tortured by Raymond Bonté and Phillip Lucas at the SPDF headquarters at Bel Eau, he saw Mr Pouponneau injured, in a bad state and gasping for air.

Also yesterday, ex-commissioner of police Raymond Louise (from 1992 to 1995) was questioned by the commission in relation to case 0232 filed by René Quilindo regarding his unlawful arrest and detention.

The first witness to give evidence in the case was ex-soldier Roland Tomkins who claimed that even if he was detained at the Seychelles People’s Defence Forces (SPDF) headquarters at Bel Eau, he never saw Mr Pouponneau.

He explained that he was not directly involved in planning the mutiny but was caught in the action on the initial day itself.

Mr Tomkins noted that since the rebels were being picked up at different locations at different times, it was not easy to see everyone at the same time once captured.

He said once the mutiny was crushed by loyal soldiers, with the backing of Tanzanian troops, he made contact to be collected by the authority at the request of family members who were afraid for his safety.

Once at the Bel Eau headquarters, Mr Tomkins said he was tied up, before being assaulted by the late colonel Macdonald Marengo.

He and the other rebels were then cramped up in a small cell, and then taken down to the central police station, before being taken to the Union Vale Camp (UVC) awaiting trial.

Mr Tomkins explained that it was only when they were enquiring the whereabouts of each other that they realised Mr Pouponneau was missing.

Commenting on the radio announcement regarding the escape of Mr Pouponneau, Mr Tomkins said it does not make any sense since he was being guarded by three armed soldiers, while being handcuffed.

The second witness called in to give evidence in the case was ex-soldier Roland Madeleine who unfortunately refused to cooperate with the commission.

He insisted that based on his oath of enlistment – something that every service member must promise and adhere to for his/her entire military career – he was not willing to give any information relating to the military.

Despite various clarifications by the commissioners in relation to what information he could, or could not give, Mr Madeleine still refused to answer any questions asked.

Following discussions, TRNUC chairperson Gabrielle Louise McIntyre advised Mr Madeleine that based on Section 13 (c) of the Truth, Reconciliation and National Unity Commission Act, a person who refuses, except in the exercise of his, or her right against self-incrimination to answer fully and satisfactorily to the best of his or her knowledge and belief any question put to him or her by the commission during the hearing, commits an offence and shall be liable to a fine of R50,000 and to a term of imprisonment of ten (10) years.

The commission asked Mr Madeleine to re-consider his position, while willing to offer him the possibility to come back in closed session after consultation with the SPDF headquarters.

If not, there will be no other option but to proceed against him for contempt of the commission.

Following the warning, Mr Madeleine changed his mind and claimed that he had never seen Mr Pouponneau since the beginning until the end of the mutiny.

He said he was never locked up with Mr Pouponneau and that whoever brought up his name before the commission should be re-contacted and asked to reconsider the evidence given.

Ex-commissioner of Police Raymond Louise (from 1992 to 1995) was also quizzed by the commission yesterday in open session in relation to the unlawful arrest and detention of René Quilindo.

In his complaint, Mr Quilindo claimed that in November 1981 while getting off the bus at Anse Royale, he was approached by inspector Ally and another officer who informed him that Mr Louise wanted to see him.

He claimed that once at the police station, he was searched and questioned by Mr Louise who later – at around 3.30pm – drove him down to the Central Police Station in Victoria, before he was taken to the Union Vale prison the next day where he was detained for 11 months under a detention order.

In his evidence, Mr Louise said it is difficult to remember all the details of the events, but however claimed that he recalls the arrest in question, but not the circumstances.

Mr Louise acknowledged that he drove the complainant to the Central Police Station, but that was all his involvement.

He claimed that at that time, Mr Quilindo was openly against the 1977 coup, which was his right as a human being and Seychellois citizen.

Mr Louise said he received the order to arrest Mr Quilindo from Max Fontaine and that upon handing him over to inspector Leon Bonnelame, he was not involved with him again. 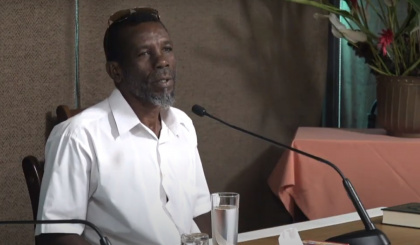 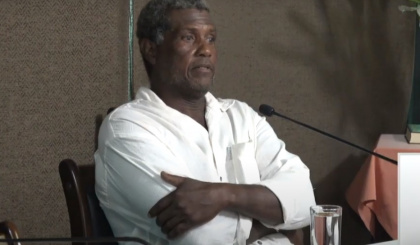 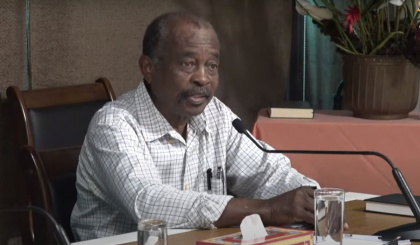