Home owners encouraged to grow their own food | 31 July 2020 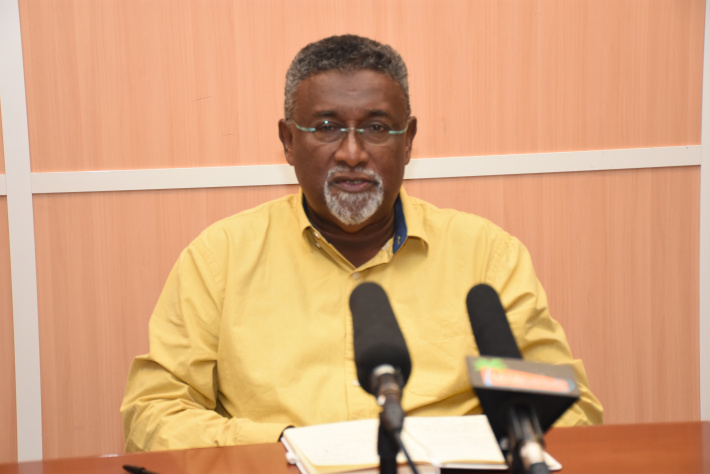 The pandemic era has seen a resurgence of interest in growing, tending, and harvesting fruits and vegetables from one's own patch of land or balcony. With this in mind, the High Level Committee on food security surveillance has set up two campaigns aimed at providing food security.

The two campaigns named ‘Each house one garden’ and ‘Each school one garden’ were unveiled yesterday during a press conference by the principal secretary for agriculture, Antoine-Marie Moustache.

“The aim of the campaign is to encourage more houses to grow their own fruits and vegetables, each house has their own potential to have a garden, some will be able to grow many produce while others will have a smaller one, but everyone can and should do it,” said the PS.

Besides the obvious benefits of home gardening, such as having a supply of garden-fresh vegetables and fruits (and flowers), there are the other dividends that come from home gardening, including: increased vitamin D levels, home gardeners will also help contribute to ensuring local food security.

Mr Moustache added that schools who will take part in the campaign will be provided with seeds, manure and soil and they will grow the plants then sell it to people in their community.

The campaign will focus mostly towards secondary schools and will be able to provide plants to the district they are based in for a sum that will be determined by the schools.

The campaign will be launched at Perseverance by the end of August with fifty houses after which it will move nationwide.

A team has been established to offer training and advice on how to start a home garden.

Mr Moustache added that they will also provide the necessary equipment for homeowners who need it so they can start their garden.

“We will be working with NGOs who are already doing similar work in their communities such as Waso (Women in Action and Solidarity Organisation) who has a home gardening programme for women,” said Mr Moustache.

A similar gardening project such as this one was launched years before but it stalled and the PS noted that this campaign will be done on a much larger scale.