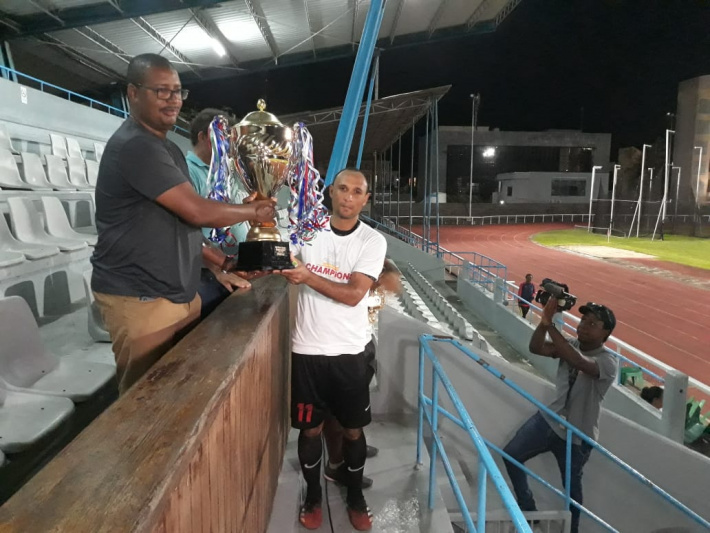 Rovers had to win to see off the challenge of league leaders Bel Air and they got their luck in the 16th minute when Jean-Michel Vidot scored to put them ahead 1-0.

Despite a closely fought second half, the players of coach Collin Stravens held off Marine Maintenance to claim promotion to Championship One as champions.