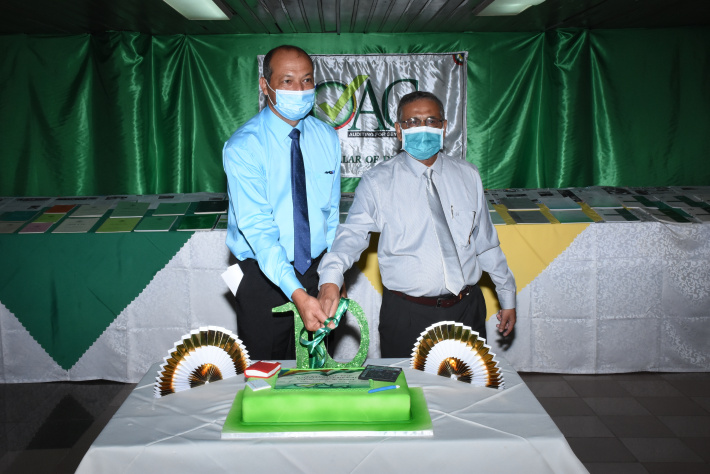 To commemorate its 10th anniversary on July 7, 2020, the Office of the Auditor General (OAG) organised an exhibition yesterday morning showcasing its achievements.

The exhibition, held at the Sea Front Restaurant, Latanier Road, consisted of past and present photos, newspaper articles, annual report manuals among other publications.

In July 2010, a new Auditor General Act came into force marking a significant milestone in the long history of Seychelles national audit service, which existed in different forms under all systems of governments over the past 250 years. Under the new law, the office was established as a body corporate with wide ranging powers and safeguards for greater independence.

“In drafting the new law, we drew on the experience of leading national audit service providers from across the world and we came up with the best practice at the time,” Mr Herath said in his opening remarks.

“In this exercise, we were assisted by the Ministry of Finance, the National Assembly, in particular FPAC, and the regional and international development partners, such as, INTOSAI, AFRISAI, ADB, IMF and WB. We remain thankful to all of them for their support,” Mr Herath added.

After viewing the exhibition, Speaker Prea and AG Herath had the honour to cut the tenth anniversary commemorative cake.

The ceremony also included a presentation by AG Herath on his office’s role and affiliation with international partners, INTOSAI, followed by a video show on the 2019 audited Seychelles Coastal Management in relation to the Sustainable Development Goals (SDGs).

Among some of the key findings in 2019 include, (1) good mainstreaming of SDGs in the National Policies and Plans, (2) Seychelles does not have an Integrated Coastal Zone Management Plan as per the requirements of the EPA, (3) Seychelles is switching from petroleum based to renewable energy, (4) poor maintenance or records relating to pollution, Seychelles may not be prepared to deal with a major oil spill incident, (5) predominant use of hard engineering practices to address coastal degradation and (6) delay in implementing the fisheries management plans, among others.

Mr Herath said he was happy to note that some of the key findings from the audited Seychelles Coastal Management report are being addressed but more needs to be done.

The OAG was headed by Auditor General Marc Benstrong who was at the helm from its inception in 2010 until his sudden death in December 2016. Mr Herath was later subsequently appointed as Auditor General in 2017. He reminded those present that we should remember him (Benstrong) as the person who worked hard to make the new law a reality.

The first OAG’s audited annual report came out in 1970 while its first performance audited report for the ten years was on the Seychelles Tourism Board (STB) on March 20, 2012.

The OAG derives its mandate from Article 158 (5) of the Constitution, to audit ministries, agencies, government bodies and accounts as well as public enterprises. The International Organization of Supreme Audit Institutions (INTOSAI) to which it is affiliated, operates as an umbrella organisation for the external government audit community. It is a non-governmental organisation with special consultative status with the Economic and Social Council (ECOSOC) of the United Nations. 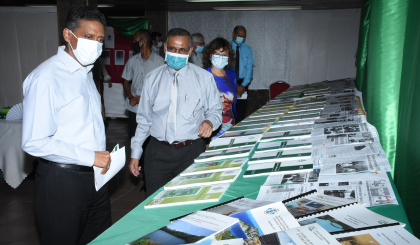