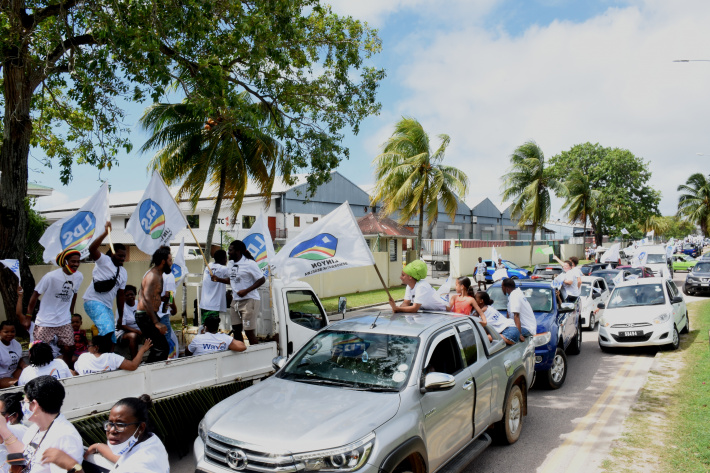 The start of the LDS motorcade (Photo: Thomas Meriton)

The political party opted for a motorcade in lieu of rally due to the Covid-19 situation and had requested all motorcade participants to wear a mask, unless they were in a car with members from their immediate household.

LDS also launched its slogan for the election campaign, ‘Sesel pour tou son zanfan’ or ‘Seychelles for all of its children’.

Party leader, Roger Mancienne, explained that the slogan reflects the party’s platform to include every Seychellois in the country’s development.

“This is the first event LDS has organised since Covid-19 and we are using it to launch our slogan. Since we could not hold a rally, we were given permission from health authorities to organise a motorcade since it is easier for people to keep social distance,” Mr Mancienne said.

“Our slogan envisions a sense of belonging, opportunities, justice and equality for all Seychellois.”

Mr Mancienne added that all Seychellois, who are qualified to vote, should endeavour to vote since it is their democratic right to decide on their country’s leaders.

As for whether LDS has revised its strategies in light of the upcoming general elections, Mr Mancienne noted that LDS will strive ahead to campaign for both the presidential and legislative elections without much alteration.

“We have the same vision for the legislative and presidential elections, using the same principles and philosophies,” Mr Mancienne said.

He noted that LDS aims to put Seychelles and Seychellois first and strengthen democracy and institutions in the country so as to allow every Seychellois to be who they want to be.

Corruption and stealing from government coffers will not be tolerated in an LDS government, Mr Ramkalawan added.

The motorcade received a large turnout with the cars, pick-ups and buses making their way across south Mahé and back up north from the afternoon until early in the evening. 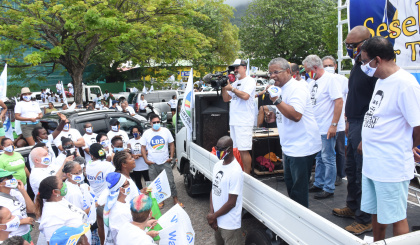