Revocation of GOP of expats outside Seychelles | 04 August 2020 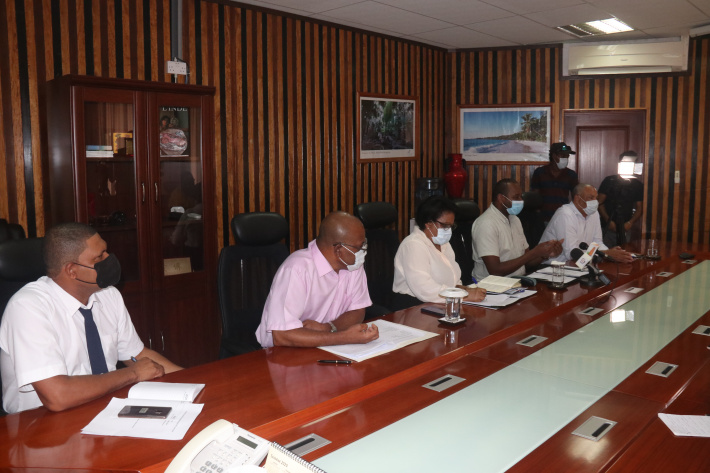 Merits of all posts to be re-assessed

• 1165 requests from 296 organisations received for review

Following the announcement that the GOP of all non-Seychellois nationals currently out of Seychelles have been revoked with immediate effect, a GOP (Gainful Occupation Permit) committee is being set up to re-assess the merits of all posts in the face of new economic realities based on submission of new applications.

The Minister for Employment, Immigration and Civil Status, Myriam Telemaque, made this announcement during a press conference yesterday. She was accompanied by her two principal secretaries and the Attorney General.

Minister Telemaque explained that the committee will function until December 2020 and they have already worked on its terms of reference.

The committee will hold its first meeting this afternoon.

So far the ministry has received 1165 requests from 296 organisations for the foreign workers to come back in the country and the hope is that the committee will fast track these applications so that everything goes smoothly.

Currently there are still 17,332 foreign workers in our country.

Since March this year, Seychelles has begun to feel the effects of Covid-19 on its economy. The government has taken certain measures swiftly to minimise the impact on our population until now.

Minister Telemaque noted “it is important that Seychellois families do not find themselves in a desperate situation where they do not have the basic means to support their families. Consultations are also being followed and are still being conducted by all sectors of our economy that have been included in the discussion in order to make informed decisions and put in place certain other measures to continue to support our people and rebalance our economy. The decision to revoke the GOP of non-Seychellois outside the country has not been a simple decision. It was a decision made on June 2 with possibility to review it as need be”.

Minister Telemaque noted that after a proper analysis of the labour market, the government found it necessary to review its position on the current GOP holders outside the country.

“In May 2020 we had some 2818 people registered under the Unemployment Relief Scheme and in July there were 4403 people who registered under the scheme. In May and July 48 and 370 Seychellois respectively were made redundant. More than 600 Seychellois have applied for jobs. We also found out that nowadays many of our brothers and sisters are without a permanent job. We have to give hope to them and give them priority in job search. These are the reasons that compelled the government to take such a decision,” explained the minister.

She noted other reasons for that decision is the situation of forex demand that the country cannot afford at this moment.

Minister Telemaque noted this does not mean that we do not need foreign workers. Employers who still need their expats who are already in the country can continue to employ them under the conditions stipulated under the framework. Presently there is a GOP framework in place and this will not be affected and employers need to come to immigration to apply for the extension of three months if they want their workers to stay here until their borders are open. There is no fee charge.

PS for Immigration and Civil Status, Alain Volcère, noted that “all new GOP should still be filed at the employment department and each request will be considered thoroughly. This new regulation applies mainly for expats outside the country. For all those who have a valid GOP and are in the country, they can go on holiday and come back and this will not affect them”.

The Attorney General, Frank Ally, explained that under the Immigration Decree, the minister has the power to revoke a GOP. “What happens when a GOP is revoked? The GOP has no validity and we can ask if the contract of employment is still valid. One valid condition for an expat to work in Seychelles is that he/she has to have a valid GOP. We also have to see if these foreign employees still have a valid contract with their employers as they have been out of the country for more than three to four months. There are many of them whose contracts have terminated. There might also be some cases where the employers have sought other legal mechanisms to maintain the contract. They will have to approach the committee with their requests for re-assessment. The revocation is being done in mass and in a force majeure situation.”

Industries not affected by this decision

PS for Employment, Jules Baker, explained that industries not affected by this decision are medical, agricultural, fisheries, offshore, financial services such as banks, insurance, public utilities and food security and other exceptions (embassies etc).

“Projects that are of national interests such as the La Gogue Dam, construction of schools and housing also need foreign workers. We already have many people who recently lost their jobs and completed their studies, so every request for GOP will have to be skills that we do not have in Seychelles,” PS Baker explained.

Minister Telemaque concluded the meeting by urging Seychellois to seize the available opportunities and get a permanent employment.

“Do not let these chances pass by and show that Seychellois are hardworking people,” Minister Telemaque said.

The meeting was also attended by the chief immigration officer Michel Elizabeth. 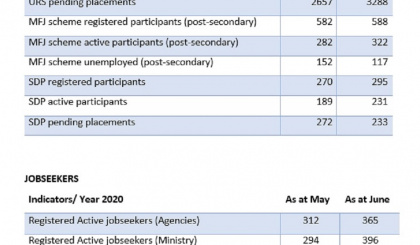 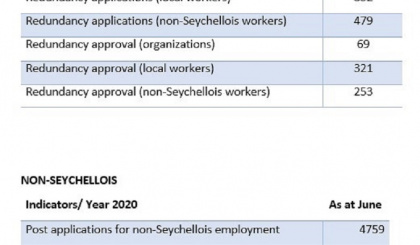 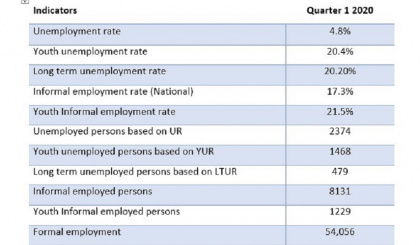