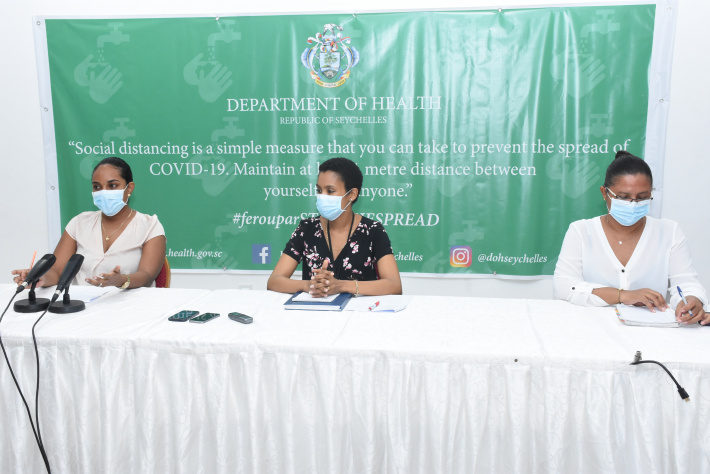 Effort is being stepped up to encourage people to eat healthy by consuming more fresh local produce and products, fresh fish and meat by making healthier food choices.

This forms part of ongoing effort by the High-Level Committee (HCL) on Food Security Surveillance to ensure food security during the Covid-19 pandemic with the aim of promoting local food consumption among the population as well as production, in order to reduce intake of ultra processed imported foods.

In that regard it is working in close collaboration with the nutrition unit of the department of health as well as the Ministry of Education and Human Resource Development to come up with various programmes to encourage people to eat healthy by consuming more local products.

As their contributions, the department of health in collaboration with the Ministry of Education and Human Resource Development are working on a media campaign to be called ‘Manz manze Lokal’ (Eat local food) which will be launched next week through a series of television spots and video productions showcasing food produced locally by farmers and fishermen and their culinary preparations today as well as traditionally by our ancestors.

“The aim is to encourage people to make healthier food choices as well as consume more what is produced here and to reduce dependence on imported food products and produce,” Ms Denousse stressed.

Ms Denousse went on to add that their collaboration with the Ministry of Fisheries and Agriculture is to ensure there is as much as possible fresh local farm produce and products as well as fish on the market at affordable prices and which are accessible to all the population.

She noted that in the past there have been numerous campaigns and initiatives to encourage local food consumption with the more recent ‘Manz manze lokal’ where local farmers donated fresh produce to the Oncology Unit to be distributed to cancer patients.

She added that this new emphasis on eating local produce, especially given our present situation where foreign exchange to import food is getting scarce, will further reinforce all the messages sent out in the past for people to reap all the health benefits of fresh local produce and products.

Ms Denousse further pointed out that the campaign gives an added boost to effort to curb obesity and other non-communicable diseases whose main causes are directly linked to poor eating habits. The campaign comes at an opportune time to encourage people to eat healthily using local produce and also to cut down on imported food items like fruits and vegetables which are getting scarce because of the Covid-19 restrictions.

For her part Ms Jean-Baptiste said that the campaign will also focus on the different recipes to encourage people to eat healthily using what is available around us and to change their eating preferences. The series of videos will also focus on ideas for a healthy breakfast, lunch and dinner. She has launched an appeal to senior citizens and other individuals who have interesting and healthy recipes of local produce to get in touch with them so these could be included in the campaign.

Ms Labonte, for her part, said through the collaboration the department of education is also seeking support for a training for tuck shop operators and take- away providers to reinforce the importance of promoting healthy food choices and eating among school children and the need for them to include local produce in their daily menus.

She noted that with the current scarcity of locally produced food on the local market, the tuck shop operators and take away providers are facing a real challenge but she is expecting that through the collaboration with the Ministry of Fisheries and Agriculture they could partner with farmers to have better access to fresh local produce at more affordable prices.