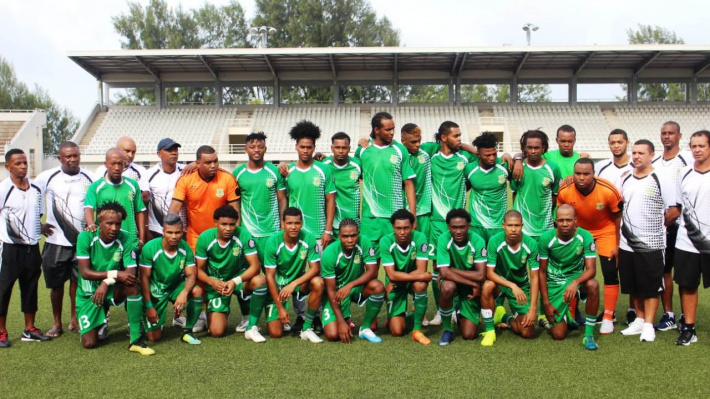 Foresters are the SeyPearl Premier League champions after La Passe threw away the title as they conceded a 1-1 draw against LightStars yesterday afternoon at Stad Amitié in a dramatic turn of events in the 2019-2020 league campaign.

Praslin outfit LightStars maintained their party spoilers tag as they denied La Passe the league crown by holding them to a 1-1 draw.

La Passe had done the difficult job last weekend when they defeated Foresters 4-2 at Stad Linite to edge them closer to the league crown and they needed to collect all three points in their last league match to pip the Mont Fleuri-based club to the Holy Grail.

In fact, La Passe had defeated this same opponents quite comfortably in the SFF Cup a few weeks ago on Praslin and even coach Ted Esther admitted that they did not have a good home record against La Passe but were gearing his players to get at least a point which would help propel them to fifth position in the league and thus receive the cash incentive promised by the Seychelles Football Federation to the top five finishers.

Therefore, there was a lot at stake and the two teams cancelled out each other in a first period where the home team slightly were the better side.

However, La Passe took the lead in the 65th minute when LightStars failed to deal with a corner and young Brandon Fanchette tapped the ball into the net to make it 1-0.

LightStars though fought back and they levelled matters in the 78th minute courtesy of a strike by Malagasy Mario Ravo for a 1-1 score.

Referee Bernard Camille then issued two red cards in the 84th minute after La Passe defender Jean Yves Choisy retaliated after being fouled by Ravo and LightStars’ Renick Esther stupidly got involved and was sent off for bad conduct along with Choisy as both teams ended the match with 10 players. La Passe were left dejected at falling at the final hurdle and their captain Senky Vidot was very disappointed with the way his teammates approached this crucial title decider.

“I am bitterly disappointed as we threw away a great chance to win the league after an 11-year break and this is due to a lack of tactical discipline and I am ready to shoulder all the blame for being unable to lead my team to the cup victory we craved,” captain Vidot told Sports NATION.

As for LightStars coach, Ted Esther, he was proud with his team’s performance in achieving their objective in this decisive match.

“I’m really satisfied with our overall performance where we created good chances especially in the first half but then conceded through a lapse in concentration, but we kept going and it was a very good result and we can even finish in fourth position depending on today’s result,” explained coach Esther.

It is interesting to note that last season coach Esther and his LightStars squad denied Red Star Defence Forces the title with a 1-0 win in the last league match, but this year ironically have handed the title to the same coach Harold Hoareau of Foresters who was grateful for the big favour LightStars did them.

Foresters were declared league champions after La Passe failed to beat LightStars on Friday afternoon at Stad Amitié to delight coach Hoareau who also breathed a big sigh of relief as his team have 46 points with La Passe finishing as runners-up with a point behind them.

“In the end I feel we deserved the league crown though we won it the hard way as we had to wait for a favour from LightStars and we are most grateful, but we also have been hard done in recent results in matches where we should have won but decisions did not go our way and today it is a great day for me for finally achieving this title which eluded me last year and we are celebrating our success,” coach Hoareau related to Sports NATION.

Sports NATION would like to congratulate Foresters on their first league crown triumph and they are expected to lift this trophy ironically against La Passe in their semifinal meeting this coming Thursday at Stad Linite.