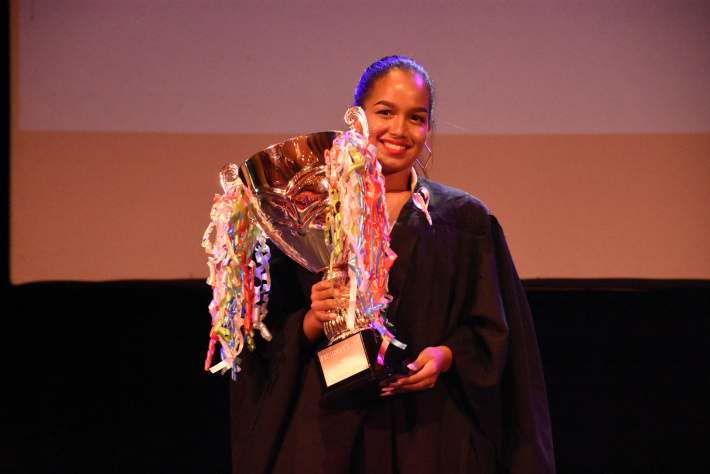 The option of Easyclass was tried to assist with extra engagement with students online, when not within the four walls of the classroom and its relevance was proven, especially during the Covid-19 pandemic restrictions, albeit some challenges.

Based on the success, the School of Advanced Level Studies (Sals) intends to embrace that new technology to enhance teaching and learning processes, principal Lester Omondi has confirmed.

Mr Omondi was addressing a group of new graduates along with parents yesterday during the school’s annual graduation ceremony at the International Conference Centre of Seychelles (ICCS) in the presence of Vice-President Vincent Meriton.

Minister for Education and Human Resource Development Jeanne Simeon was also present at the ceremony which crowned the effort of 100 students from the 2018-2019 cohort following the successful completion of their studies.

Carah Loveday received the President’s Cup for both her academic performance and her active involvement in extra curricular activities (ECA).

Mr Omondi explained that being an academic school with no work-based programmes, Sals will set up Career Shadowing aimed at engaging different experienced professionals from industries, based on the students’ interests and orientation so as to motivate them to follow their chosen careers more passionately.

He noted that over the past few years, the results have been improving, owing to different policies and other measures in place.

Mr Omondi also explained that in 2019, the management provided more students with the opportunity to pursue academic studies by adopting a new system of transmission.

This is the use of a point system rather than the grades to enrol students on conditional admissions.

Mr Omondi explained that the new system has paid off, as the group of students have demonstrated that they had the ability to fulfil the task requirements at A-Levels.

He further explained that in 2019 Sals went through some academic reforms, mainly the reduction of subjects from 18 to 10.

The change, he said, could have been perceived as a moment of instability, but the staff were determined and remained focus on their assigned responsibilities.

“This kind of resilience amid anxiety is worth noting and it is befitting to comprehensively appreciate and commend their engagement and commitment,” added Mr Omondi.

To conclude, Mr Omondi thanked all stakeholders for their support and belief in the school’s worthy cause and vision. 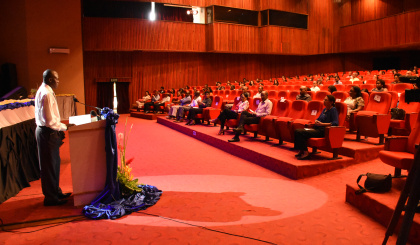