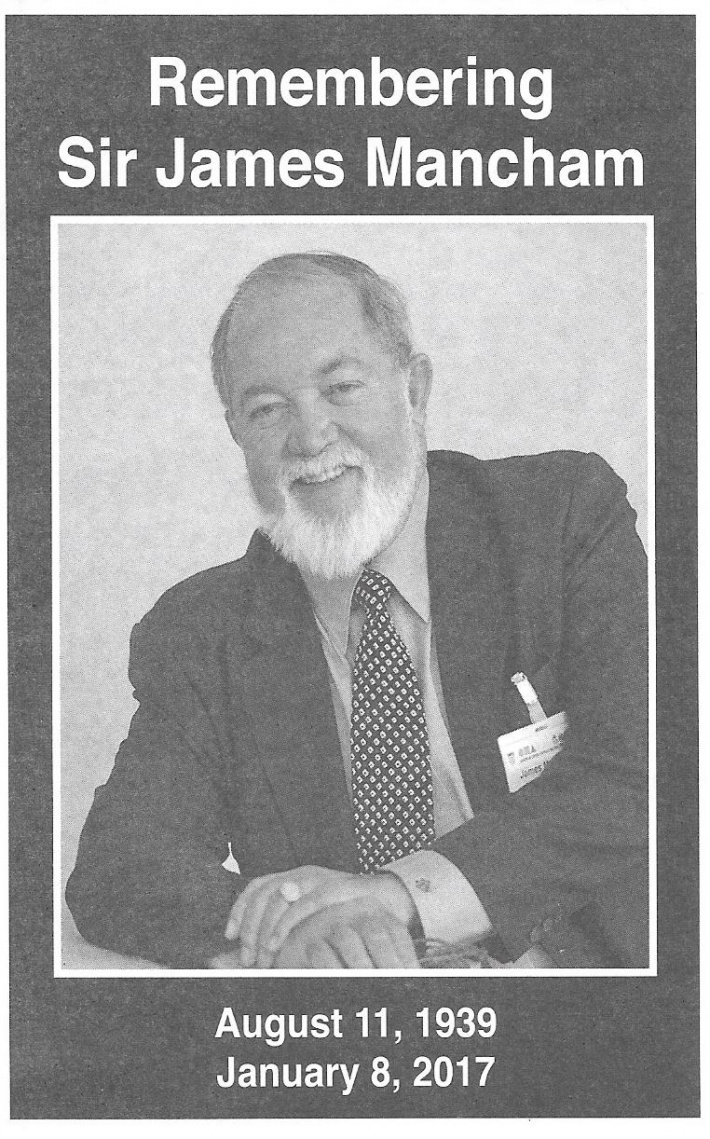 On the day of his return to Seychelles, Sir James R. Mancham declared:

“I openly, publicly and unequivocally declared that I have returned as the Apostle of National Reconciliation.”

Epilogue: Editor, I would like to avail of your column to commemorate and honour Sir James Mancham, KBE, as the development to my ethical writing:

Over the years, Mr Mancham (KBE) has made a special name for himself and his country Seychelles – locally, regionally and internationally – as "a statesman" rather than a mere political leader.
In fact, a few years ago, he won the Gusi Peace Prize for Statesmanship. He has worked with leaders across the globe for more UNITY among their Nations; to dry up the water of hate in which the nations have found themselves "swimming" for more than decades; to act as the ‘white dove’ to drive the impulse of Reconciliation among the people of divided Nations.

An ‘apostle of Global peace’, Mr Mancham (KBE) was also a member of the Council of Elders and Wise of Comesa (Common Market for Eastern and Southern Africa) who led delegations across Central Africa to get their leaders to work towards peace and unity within their countries and to enhance bilateral peace agreements between the Central African countries. In spite of taking all these external initiatives, when it came to his own country Sir James Mancham adopted a positive attitude in the much-needed healing process.
Mr Editor, Sir James Mancham, KBE oftentimes made references to the fact that after winning the Second World War, Winston Churchill went out of his way to finally acknowledge that "Talk, talk" is better than "War, war" – and in Seychelles, which considers herself a more or less Christian nation, let us not forget the words of the Bible – "Blessed are the peace-makers for they will be called the children of GOD" - (Matthew 5: Verse 9).

On his return to Seychelles on April 12, 1992, Mr Mancham proclaimed himself, "Apostle of National Reconciliation" and had acted since as a statesman in the internal political process – seeking to promote National Reconciliation and promoting the concept of Seychelles First through the mouthpiece of his monthly magazine the "Seychelles Review/Le Revue de Seychelles".
In the year 2000, he was awarded the “Trophy of the Foundation for Democracy in Africa for the promotion of Peace, Reconciliation and Prosperity in Africa.”  A year later he was designated “Ambassador for Peace” by the International Federation for World Peace.

“Today, we can take comfort in the knowledge that things have been able to evolve to get us where we are without us having been engaged in civil strife or loss of life. Personally, I am a man of peace and I am proud of this” – Sir James R. Mancham

Sir James Mancham International Centre for Peace Studies and Diplomacy was officially launched on August 14, 2017 in which efforts towards reconciliation and peace acquired another boost.

Henceforth, the statue of the Founding President of the Republic of Seychelles was unveiled in the morning of May 30, 2019, now a symbol of Peace in the heart of Victoria. It was a fitting tribute to an ‘Ambassador for Peace’.

The Universal Peace Federation of Seychelles pays tribute to one of our founding members – Sir James Mancham – on this notable day, an inspiring leader who had an excellence contributory impact on the country and internationally. UPF-Seychelles reflects on the formidable contribution Sir James Mancham made in promoting peace worldwide as well as championing the rights of Seychelles wherever he ventured. His achievements and accolades are plentiful to champion our vision: to sensitize the general public in building a national goal of peace in which every Seychellois can live in freedom, harmony, cooperation and prosperity.

Salutation: Today, as the ‘National Unity Advocate’ and on behalf of the people of Seychelles, I salute the prestigious standings and works of Sir James Richard Mancham as the "Apostle of National Reconciliation" bestowed to this beautiful country – Seychelles and its people.

“If we want peace and prosperity, we must strive for national unity but there can be no unity without going through the process of National Reconciliation” – Sir James R. Mancham

‘JIMMY’ THE APOSTLE OF NATIONAL RECONCILIATION

In the midst of intelligence,

There you stood in reverence

As I approached you, a ‘Knight’ in high standing

A man of great vision, sight and bearing.

And, as I shook your diplomatic hand,

I felt that piece of History in my palm, and

As you look vigorously in my iris, pondering;

You left us despondently and nationally shaken

That Remembrance Day of 8th January 2017

As we script your name all over Seychelles’ face

The apostle of national reconciliation, and first to be -

Seychelles Founding President, and in premise,

The World has lost a global apostle of peace.

I gazed back into your patriotic eyes,

The flair of a statesman in good standing, a lawman;

A committed advocate of national reconciliation.

‘Jimmy’, as a defender of liberty and independence

A champion of human rights and resilience

Your charismatic smile is forever engraved in our hearts

As we pledge our respect to your human arts.

We lost not just a friend in you, not just in sonnet

But a great philosopher, a writer and a Poet

Who once quoted with a smile in ego... 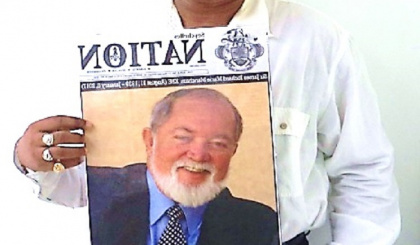