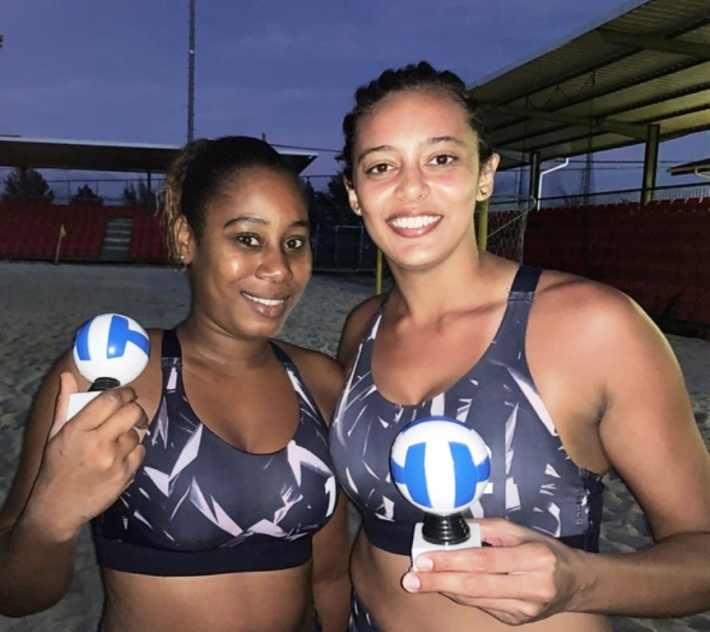 St Louis’ Henrico Ernesta and Herrode Prosper and City Ladies’ Angelique Adeline and Hilary Nourrice are the men’s and women’s winners of the beach volleyball tournament played on Sunday at the Roche Caïman beach football arena.

Hosted by the Seychelles Volleyball Federation (SVF), the tournament was initially scheduled to place in June but was delayed due to the coronavirus (Covid-19) pandemic.

Sixteen teams – 12 males and four females – registered for Sunday’s tournament which was played on knockout basis.

After winning a bye in the first round, Ernesta and Prosper eliminated Jean-Philip Vidot and Mario of Neo Boyz 2-0 (21-14, 21-13) in the second to book a place in the quarterfinals where they were up against Corey Toussaint and Rico.

In the final match, they were up against the Airwaves Rocket team featuring Robin Mathiot and Donald Jeremie who had eliminated Jean-Michel Vidot and Trevor of St Louis ‘B’ 2-1 in the other semifinal. The set scores were 21-17, 24-26 and 16-14.

The third-place title on Sunday went to Corey Toussaint and Rico who defeated Boniface and Rose 2-0 (21-17, 21-15) in the third-place challenge.

In the women’s competition, long-time partners Adeline and Nourrice who represented Seychelles at the Commonwealth beach volleyball tournament in Sierra Leone in 2018, started the tournament of four teams on a perfect note, eliminating Jerina Bonne and Nayelie Etienne of Arsu ‘B’ 2-0 (21-12, 21-17) to secure a semifinal spot against Tania Elisabeth and Lisette Mein of Breakaway.

In the final, City Ladies’ Adeline and Nourrice were up against Arsu ‘A’s Melissa and Kelly Rath.

After winning the first set 21-6, Nourrice and Adeline fell back, allowing their opponents to get back into the game and win the second set 21-12 to tie the match at one set apiece.

In the third and decisive set, Adeline and Nourrice came out stronger to win 15-7 and clinch the title. 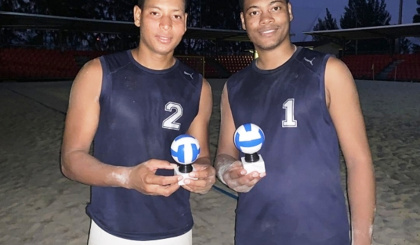