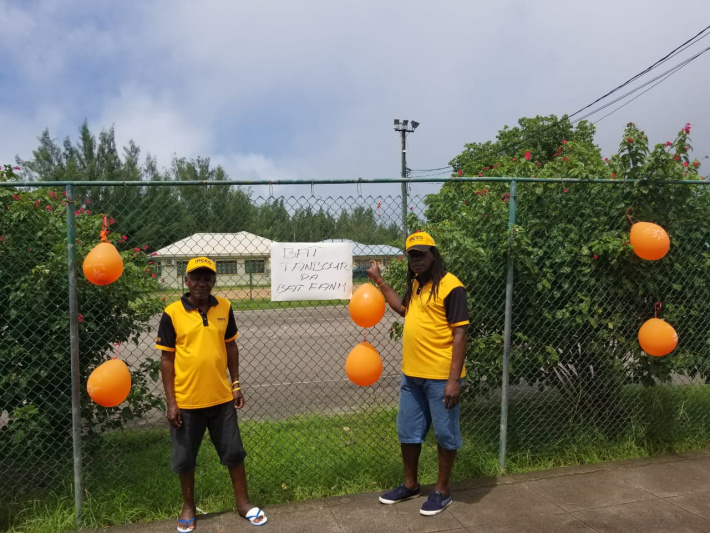 The Next Step Group led by singer Sonny D is giving its full support to the Orange Day campaign.

The Orange Day campaign against violence on women and girls is marked on the 25th of each month.

The Next Step Group was at Anse Etoile court recently where members of the group displayed orange balloons and gave away information leaflets to passers-by.

Sonny says the group is planning to carry out the gesture every 25th of the month during the year in support of the campaign.

He noted that the Covid-19 restrictions have severely impacted on the group’s activities for the past five months.

He said that at present members of the group are focusing mostly on doing some voluntary community work.

On Saturday August 8 they organised an Aids awareness activity at Anse Etoile. The group intends to bring this awareness initiative to different communities.

Sonny has expressed heartfelt gratitude and says a big thank you to all those who have in one way or another sponsored and supported the group’s activities.

He noted that the Next Step recognises that for the past five months financially it has not been easy for many businesses and therefore they have not been able to help and support the group as before, but the Next Step appreciates their effort and thanks all those who continue to help in any way they can.