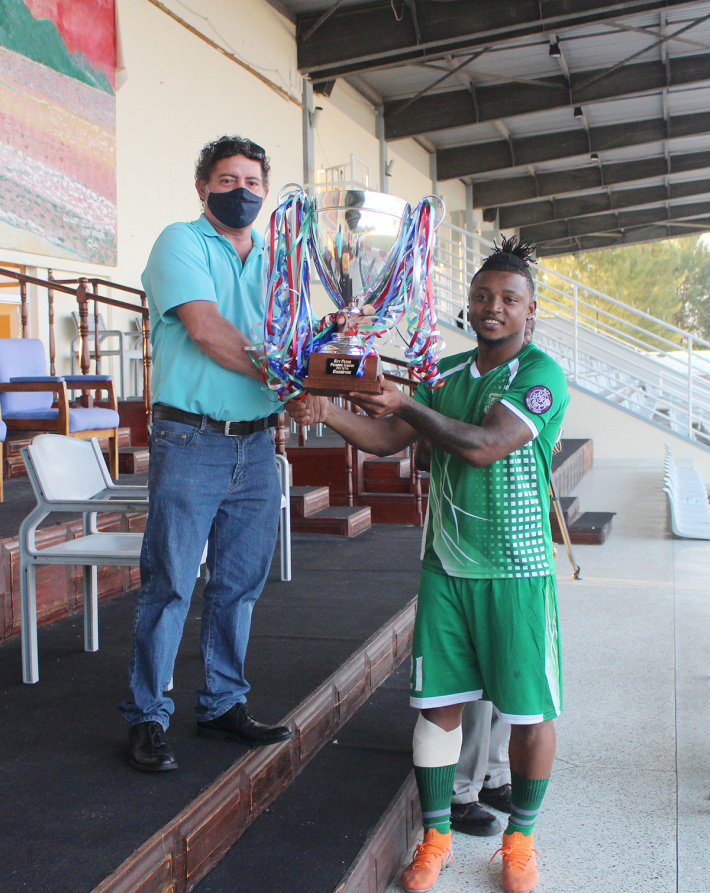 Mont Fleuri-based Foresters were crowned champions of the SeyPearl Premier League for the 2019/2020 season as they received their trophy at Stad Linite yesterday afternoon.

Ironically, it was La Passe who almost denied them their first title when they lost to the La Digue side a fortnight ago but then La Passe faltered against LightStars on Praslin in a 1-1 draw last Friday which handed coach Harold Hoareau’s side the coveted trophy as they ended the season with 46 points – one ahead of second placed Côte d’Or and La Passe are third on the log.

In fact, Foresters managed only one point in their remaining two league matches after the three-month Covid-19 break caused by the coronavirus pandemic.

Foresters coach Hoareau, who was left heartbroken last season when his side then, Red Star Defence Forces, lost the league crown on the last day of the season, was now a relieved man after achieving his dream with this Mont Fleuri club who had recruited heavily in a bid to claim the Holy Grail.

Coach Hoareau told Sports NATION that he felt his team deserved to win the title and that they will now be going for the double after beating La Passe on Thursday to qualify for the SFF Cup final next Saturday.

Sports NATION would like to congratulate coach Hoareau and all his players on their league achievement.