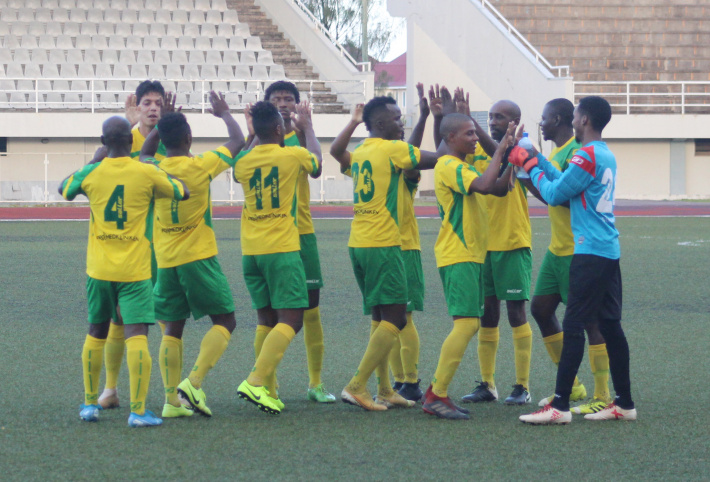 Bel Air had narrowly missed out on claiming the Championship Two title as they lost out to eventual champions Rovers who scored more goals than them, so they were determined to guarantee their promotion to Championship One after assembling a squad worthy of a higher league with three foreign players in their ranks.

Bel Air started strongly and they took the lead in the 18th minute from a cross field pass by Mervin Hertel to former The Lions striker, Liberian Mohamed Varney who cut inside Teddy Cupidon to curl the ball into the bottom corner past goalkeeper Harry Simeon for a 1-0 lead.

Varney returned the favour to Hertel four minutes later as he played a glorious pass behind the Glacis defence and the dreadlock striker guided his header past the advancing goalkeeper Simeon to make it 2-0.

Hertel bagged his brace on the stroke of half-time. Varney played a long ball to Malagasy Sarobidy who slipped the ball to Hertel and he rifled it via the crossbar to make it 3-0 at the interval.

Bel Air turned on the style in the second period and stretched their advantage in the 53rd minute after a sweet passing move before Varney picked out Malagasy Sarobidy whose towering header flew into the net for a 4-0 score.

In the 66th minute, Hertel completed his hat-trick as Sarobidy filtered the ball to Varney who bore on goal but unselfishly squared the ball to Hertel who rammed it home to make it 5-0.

The players of coach Mervin Mathiot added a sixth goal in the 72nd minute as Malagasy Bertio released Hertel who played a glorious pass across the Glacis goalmouth to Varney who thumped the ball into the roof of the net for a 6-0 scoreline.

Bel Air rounded up the scoring on the stroke of full time from Varney’s cross to Bertio who seemed to have fluffed the chance but his persistence paid off as he drilled the loose ball low into the net for a final 7-0 result to help Bel Air gain promotion to Championship One.

Coach Mathiot, who took over from coach Ralph Jean-Louis midway through this season as the latter is committed as national team coach, told Sports NATION that he was happy his team had made it to the Championship One.

“It was quite an easy victory in this match but we had wanted to gain promotion by winning the title but it wasn’t to be as we lost on goal difference which was quite frustrating especially when one reflects on the number of chances we created this season. But at the moment, the important thing is we achieved our aim to play in a higher league,” explained the former St Louis winger Mathiot.

As for Glacis player/coach Ronny Hoareau, he accepted that they were always second best in this match and congratulated their opponents on their promotion.

“It has been a difficult season for my team with a few young players who lack experience and today we honestly did not expect to get a positive result as we have not been training regularly through other commitments, but we will regroup for next season,” the Glacis coach told Sports NATION. 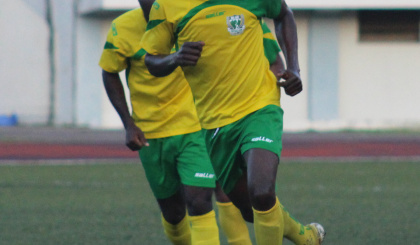