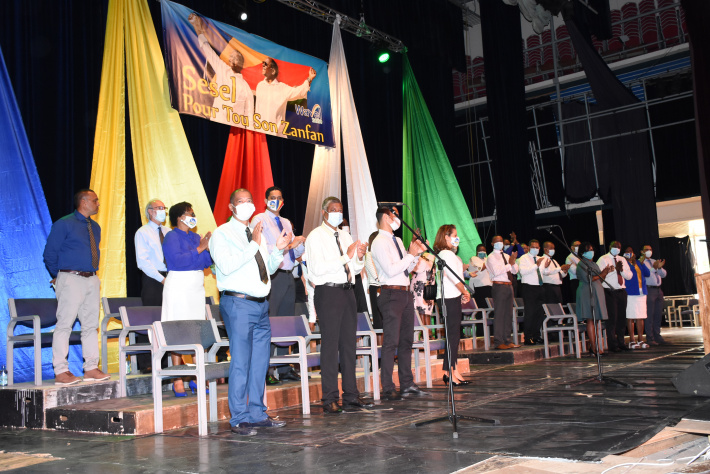 Leader of the Linyon Demokratik Seselwa (LDS) Roger Mancienne made the statement on Friday during the party’s extraordinary convention held at the International Conference Centre of Seychelles (ICCS) which was highlighted by the official presentation of the 26 LDS nominated candidates for the National Assembly election scheduled for October 22-24, 2020.

Mr Mancienne said the sixth National Assembly which was prematurely dissolved with more than a year remaining in its mandate, has made significant and historical contributions in the development of the country.

He noted that it has been the only National Assembly which has for the first time achieved the real targets, objectives and purpose of the legislative institution since the return of the multi-party system in 1992.

“The first National Assembly to discharge its designated responsibilities and tasks in a democratic environment as well as per the Constitution,” said Mr Mancienne who further added that the sixth National Assembly has acted as checks and balances on the government, doing its work to verify the work of the executive by involving the whole population.

He further noted that the sixth National Assembly has also restored the image of the institution while attracting the attention and interest of the whole country towards its deliberations.

This, Mr Mancienne said, reflects the party’s campaign motto for the 2016 election which was ‘Fer li ou Lasanble’.

“The hours of work done during the sittings of the sixth National Assembly have surpassed all the time spent by previous assemblies combined and this is something that has impressed the Seychellois nation,” added Mr Mancienne who also commended all members who held Constitutional posts during the sixth assembly, including Speaker Nicholas Prea, Deputy Speaker Ahmed Afif, leader of the opposition Wavel Ramkalawan, as well all members for the great contributions.

Directly addressing the candidates, Mr Mancienne reminded them that they have an important task ahead in maintaining the high standard set by the sixth assembly and to continue to discharge its functions with responsibility and maintaining the interest of Seychelles as its main objective.

This, he added, will propel Seychelles towards a well-governed country in the spirit of national unity involving every single citizen, while offering equal opportunity for every Seychellois.

Addressing the crowd, ex-leader of the opposition, Mr Ramkalawan said the sixth assembly had worked hard to give Seychelles what is best, through various motions presented, committees, questions and also the LDS’ legislative programme.

He thanked all the members who worked alongside him and also encouraged and commended those who are contesting the election for another mandate.

Mr Ramkalawan said he is convinced that from the experience gained from the sixth assembly and with the backing and support of the more experienced members, the members will maintain and even better the good job done in the last assembly, especially now that the wind of change is blowing.

He also welcomed Waven William to the other side, especially in a crucial time where the willingness and conviction of every Seychellois is needed.

The theme, he said, advocates a transformation where everyone equally benefits from available opportunities.

This, he said, should be achieved regardless of your political affiliation, religious belief, complexion, or family background, but in the spirit of equal opportunities for all as a child of the country.

The ex-leader of the opposition also noted that he wants the youth to feel and be proud of being a Seychellois, without being victimised, or punished for whatsoever reasons and that their knowledge and education are taken into account as part of the country’s transformation.

Mr Ramkalawan also added that to move forward as one people, the law must apply for everyone and the sixth assembly worked tirelessly to remove all elements of discrimination in the country’s laws.

He noted that with the legal experience of some of the candidates, the work on the assembly legislative programme will definitely continue with the seventh cohort.

Out of the group, 14 nominated candidates were part of the sixth assembly, including Waven William who switched allegiance from United Seychelles (US) to LDS.

Other than ex-MNAs Afif and Ramkalawan who will be contesting the presidential election, other members of the sixth assembly who are not featured in the new line-up are Jean-François Ferrari, Stephen Pillay, Nicholas Prea and Clive Roucou.

The result earned the party an additional four proportional seats, pushing the final total number of members to 19. 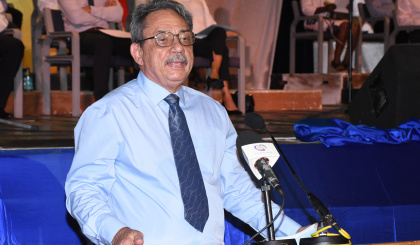 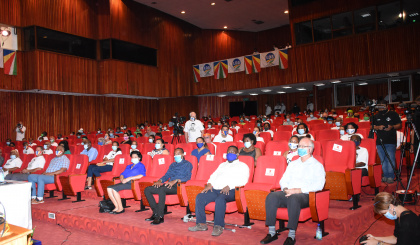