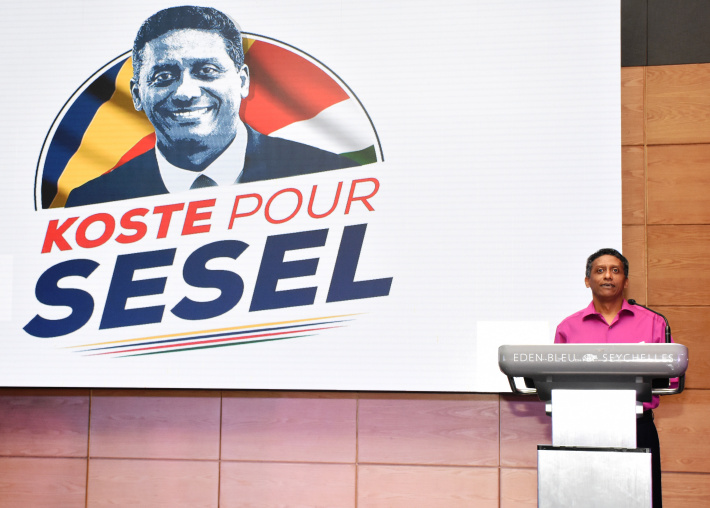 President Danny Faure has launched a new app titled ‘Koste’ which is inviting users to interact directly with him, as well as providing access to online events, campaign news, and e-rally registration and so on.

“Today I offer you with an innovative tool that will bring us together and connect us with each other,” President Faure told the gathering.

He continued by noting that we now live in critical times and we need to unite as one nation. He added that the Covid-19 virus is destroying years’ worth of hard work at providing a better future for the youths of Seychelles.

“We need to put our political differences aside and unify in fighting against the negative impact that the virus has caused on our nation. I want to avoid that the election brings more division instead of unity,” said President Faure.

Speaking about the app, President Faure noted that it has been developed especially for the youths of Seychelles as the new generation relies heavily on technology for sharing information.

He ended by saying that the future is in the hands of young people so they must choose unity for Seychelles.

Mr Loustau-Lalanne also took the stage and noted that he too has been inspired by President Faure’s message of unity.

“As someone who has worked with young people, I appreciate President Faure’s vision to launch an app for his political campaign as he has always been a forward thinker and has managed to make something positive out of a negative situation,” said Mr Loustau-Lalanne.

He added Mr Faure has always been someone who has been connected with Seychellois and the issues pertaining to the country as well as being connected to young people and the app provides an easier way to engage with them.

For those wishing to download the app the link is available on www.Kostepursesel.com 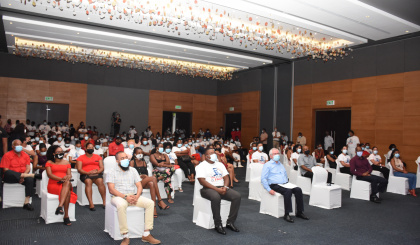