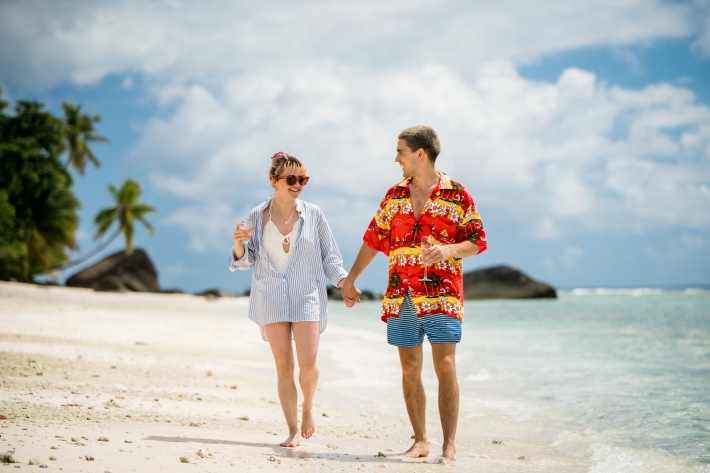 British TV star Maisie Williams, who was recently in Seychelles, has been so impressed by the islands’ pristine environment and overall beauty that she is already “looking forward to coming back”.

The ‘Games of Thrones’ actress was in Seychelles to take part in the recent guest chef events ‘A Treasure Trail of Tastes’ hosted by the Hilton Northolme Resort & Spa and Hilton Labriz Resort &Spa.

The event entailed a series of gastronomic events following the footsteps of famous 17th century pirate, Olivier Levasseur. The three six-course dinners and several other culinary events were hosted on both Hilton properties on Mahé and Silhouette in collaboration with three popular British chefs, the Selby brothers, and attended by actress Williams.

Ms Williams joined the Hilton management and guests at the last fine dining evening of the culinary event at Hilton Northolme Resort & Spa on June, 19. The 22-year-old celebrity guest was accompanied by her boyfriend Reuben Selby, the youngest of the Selby brothers and communications director for Maisie’s social app Daisie. The chefs and couple enjoyed an exclusive getaway to Silhouette Island, staying at the Hilton Labriz Resort & Spa for a week, where they enjoyed some relaxing beach time together and went for several island adventures the hotel had organised.

Ms Williams was fascinated by the island's famous giant tortoises, which the group met after a hike to Grand Barbe, Silhouette’s wild beach on the east coast. While the group made the most of the crystal clear Indian Ocean as they enjoyed leisurely swimming in the day, they were often seen mingling and relaxing with Hilton’s guests at the bar and playing pool.

After a couple of days and the departure of the Selby chefs, the actress and her partner continued their holidays on the main island. At the Hilton Northolme Resort & Spa they explored the marine life in the lagoon.

“I really loved snorkelling and it was so cool to see the Coral Restoration Project at Northolme. It is refreshing to see how everyone on the island really cares about the environment and great to know the resort is trying to fix things,” Ms Williams said.

Having been in a tropical destination for the first time, the couple wanted to experience as much of Mahé as they could and went on a road trip with tour guide from Creole Exclusive. In a bright yellow Mini Moke they headed towards theTakamaka Rum Distillery for a tasting. “We were treated so nicely by everyone there and even got souvenirs to take home,” she said.

Continuing towards the Port Glaud waterfall, they enjoyed a light lunch by the sea at Del Place restaurant.

“I am a foodie and it’s amazing to eat all this great food here. And to see these things growing on the island, it’s a world away from how I live in London,” remarked Ms Williams.

Back at their villa there was just enough time for a last sunset swim in their private pool which the Social Media Influencer shared with her fans.

“It was my first trip with Hilton and it was incredible, we are already looking forward to coming back!” she concluded.

The accompanying photographs show some highlights of Ms Williams’ participation in the culinary event. 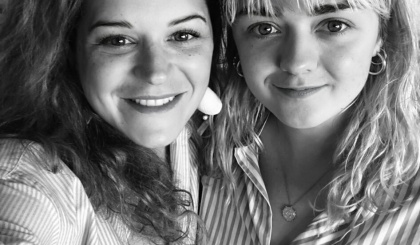 Ms Williams with Judith Heede, the contributor of this article 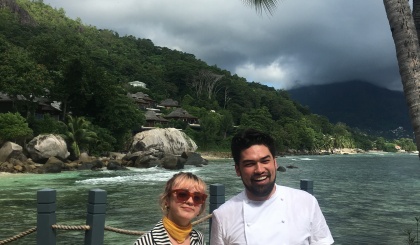 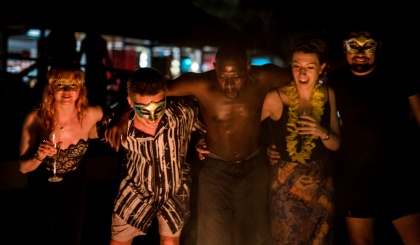 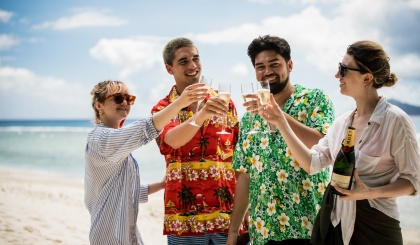