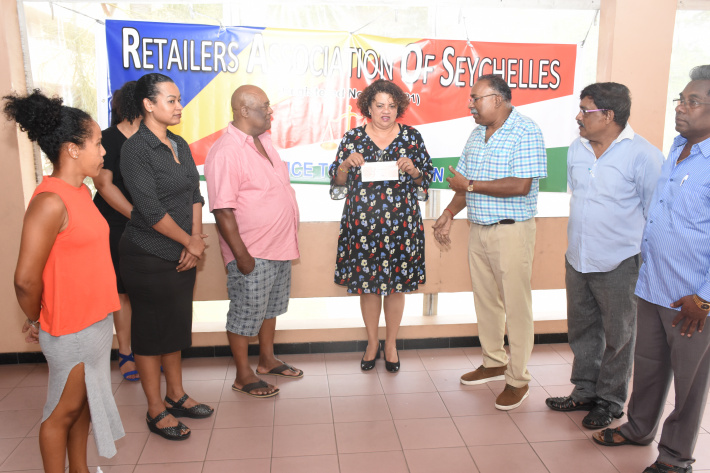 The handover of the donation (Photo: Louis Toussaint)

The Retailers Association of Seychelles (Ras) has donated R50,000 to the Cancer Concern Association (CCA) on Praslin.

The donation was accepted by Gina Laporte, representing CCA Praslin.

Speaking to the press, the secretary-general of Ras, Louisianne Jacques, noted that the donation being given will go toward the construction of a hospice on Praslin that CCA has been planning for some time now.

“We are concerned about the high rate of cancer affecting our small population and we are aware that organisations such as CCA are not always well funded so we wanted to play our part in helping them build their hospice,” said Ms Jacques.

She noted that the donation was collected throughout the year through membership fees.

She added that this is the first time they have donated to CCA and they will continue to be a partner with the organisation till the completion of the project.

On her part, Ms Laporte noted that the donation will help restart the construction of the hospice which had been halted.

“Construction is very expensive so we are looking at over 1 million to complete the project. Hopefully in 18 months the people on Praslin will have a hospice,” said Ms Laporte.