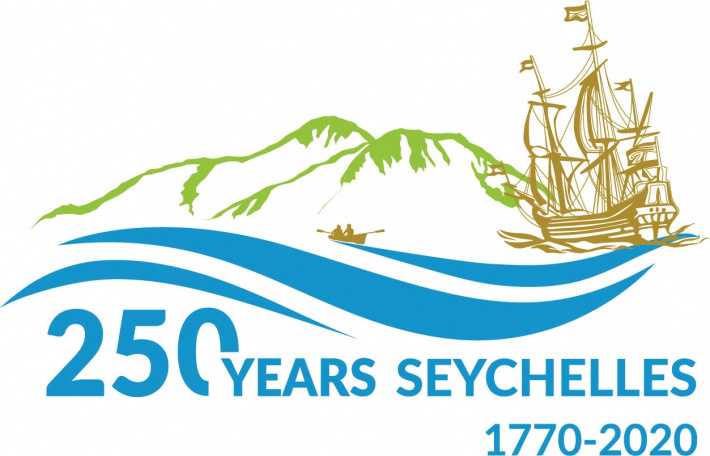 Salute to the first settlers!

Today, Thursday August 27, 2020 Seychelles celebrates its semiquincentennial of the first settlement on the island of Ste Anne.

Also called sestercentennial, bicenquinquagenary or quarter millennial, the day is special in many ways. Since there won’t be any reenactment of the event, here is a flashback: In 1770, Brayer du Barre obtained permission from the authorities in Ile de France (today known as Mauritius) to set up a post in Seychelles. It was on Monday August 27, 1770 that the ship named ‘Thélémaque’ under the command of Captain Leblanc Lécore and his Second Captain Faucin de Courcelle disembarked 28 persons – 15 white men, seven black slaves from Africa, five Indians, one black woman – on Ste Anne Island to start a community there.

After the ‘Thélémaque’ had arrived 4˚ 36’S 55˚ 30’E and dropped her anchor off the coast of Ste Anne Island after a voyage of less than ten days from Ile De France (Mauritius), the passengers first stepped into a small rowing boat which landed them on the beach of Anse Cabot, on the North Coast of Ste Anne Island.

However, within two years, the settlement had failed and the people were taken back to Ile de France.

According to history books, the islands had been visited by Portuguese and French expeditions, but remained uninhabited until they were claimed by France in 1756.

The Indians and the Africans were slaves. They were the first settlers in Seychelles and they arrived with their bundles of clothes, utensils and farming equipment, and the first of our food crops: maize, cassava, coffee and rice.

This proves that Seychelles had no indigenous population, meaning Seychelles is a comparatively young nation, celebrating its 250 years anniversary today.

The country had originally wanted to pull out all the stops to make it a memorable year for all Seychellois, visitors and friends, but the big celebrations and events planned have been nixed following the outbreak of Covid-19 and the pandemonium this caused around the world.

After President Danny Faure announced on August 27, 2018 that the celebrations of the 250th anniversary of the first settlement in Seychelles will be held on August 2020, the launch ceremony to start the year-long programme of activities took place on September 18, 2019 at the International Conference Centre.

Chaired by Seychelles Tourism Board (STB) chief executive Sherin Francis, the national preparatory committee established to spearhead the planning and organisation of the events, had designed a year of unique activities to bring people together and commemorate this important milestone in the history of Seychelles.

To mark the occasion, President Faure will address the nation today at 10am.

Could we say that the first settlement remains the key milestone event that contributed towards the eventual nationhood of Seychelles?

To have a clearer idea, we should all learn the history of Seychelles.

While our history is specifically Seychellois, it is certain that there is a lot more to it. We have European blood, Asian blood and African blood that make us the perfect rainbow nation with our Creole language.

We see why it’s important not to forget our history and background, so we can know where we’re going.

See our centre pages for an elaborated description of the event detailed by historian Tony Mathiot.

Seychelles NATION extends its pride-filled congratulations to the government and people of Seychelles on the occasion of the 250th year celebration of the first settlement.