During the early months of the coronavirus pandemic it was being recommended that consumption of vitamin C could be a prophylactic measure against the disease. On behalf of the National Heritage Research Section Tony Mathiot goes back to the days when we enjoyed our fruits without being sick.

Long before vitamin C was discovered in 1912…. Long before it was known that it was an ascorbic acid which is an antioxidant, a molecule that boosts the human immune system, our ancestors consumed a variety of fruits as part of their daily diet. They knew according to their wisdom that fruits were good; that they had health benefits and contain medicinal properties that could alleviate certain ailments. Today, we have a whole range of soda drinks to slake our thirst, most of which are made of carbonated water. Sweeteners, flavourings, acids and preservatives but no vitamin C. In other words, we satisfy our thirst with a manufactured beverage that contains not a single iota of goodness, in fact one that could prove to be highly detrimental to our health.

“The lemonade we drank was wholesome and nutrious,” says Yolanda Hoareau. “We used river water”.

Yolanda is a long-retired school teacher of Anse Boileau. She’s eighty-six and still in robust health. By ‘lemonade’ she means any drink made from any citrus fruits that could be obtained locally: lemon, orange, citron, kumquat (bigarad), lime, grapefruit… the juice of which was squeezed with water and sugar added.

“When we were children we would occasionally come home from school to be treated to a mugful of lemonade,” she tells me. The stories of her youth are lost in the wrinkles on her jovial face.

“Those days’ oranges, lemons and all that did not go to waste,” she assures me. I am reminded of my school days at the Seychelles College during the early 70s. We used to have lunch in a large dining room. While waiting for the lunch bell to ring, we would help ourselves to glassfuls of iced lemonade that Mrs Webber, the chief cook, would fill in a copper water dispenser. That was, of course, when oranges were in season. Large jugs of this lemonade were placed on the long rectangular tables.

“It’s incredible that today our country has to import oranges and mandarins for our consumption,” she says with an expression of disdain. As well as cinnamon bark, coconut oil, cloves and quills, I think to myself but I don’t mention it.

Places named for the fruits that were grown there

During the British colonial days when Seychelles had an agricultural economy, besides vast coconut estates, cinnamon plantations and vanilla plantations, large portions of land were allocated for fruit cultivations and many landowning families had their own orchards. In fact quite a few places have been named for the fruits that were grown there or that still exist. We have Dan Limon near La Passe on La Digue where lemons were grown and exported to Mauritius. On the east side of Praslin there is Anse Citron. On the east side of La Digue there is Anse Banane and on Mahé we have Dan Letchis in the highlands of Grand Anse in West Mahé.

By the late 1890s, lime trees were widely distributed all over the islands bearing abundant crops both on the sea shore and at the highest elevations. Lime fruits were exported to Mauritius in their natural state and preserved in salt water. The abundance of this fruit could have made the establishment of a lime juice and essence factory very profitable economically. It could have been a very lucrative business for many planters. In his 1901 annual report for Agriculture, Mr Rivalt Dupont, curator of the Botanical Station, wrote that ‘nearly all the different species of oranges grow in Seychelles as they are well adapted to the moist and warm climate’ – and in his report for 1906, he states that ‘citrus trees grow very well in these islands… the yield of the limes and bigarades is greater in Seychelles than in the West Indies’. At one point the distillation of bigarades to make perfume was being seriously considered. The idea was abandoned when the price quoted by the imperial institute did not make it commercially viable.

“When we had flu or fever we had to drink lots of orange or lemon juice,” Yolanda tells me. “We did not rely on products from the chemist or the pharmacy. In fact, I don’t recall if there were any of these,” she says with a nonplussed expression on her face. Moreover, the youths of her generation, of the 40s, seemed to have been vigorously healthy. They enjoyed a salutary childhood that consisted of fruits (vitamin c) sun (vitamin d) and a diet that did not produce obesity.

The history of fruits in Seychelles tells us that fruit trees, especially citrus fruits, were not originally planted for the inhabitants to make lemonade with. In the late 17th century, hundreds of sailors died of scurvy for lack of fruits especially oranges aboard. During the time of the last French Commandant, Jean Baptiste Quéau de Quincy (1748-1827) a variety of citrus fruits were cultivated on Mahé and some other inner islands to sustain passing ships. This custom continued during the British period as gradually more citrus fruit trees were planted in increasing numbers including in the outlying islands.

I am visiting Mrs Yolanda Hoareau at her home at Anse Boileau. Hers is probably the last timber house with the vernacular architecture that has survived the momentum of development in this part of Mahé. The vagaries of time and weather have rendered its dilapidation into a sort of quaint aesthetic oldness. We are in the garden where Mrs Hoareau has been tending to her precious begonias.

“Look at this,” she says, pointing further away where thickets of cinnamon hem in her large spacious backyard. I see a massive towering mango tree with sagging branches. The circumference of its trunk must be almost 1 metre. That’s a monument of a ‘mang sab’ tree I’m saying to myself.

“That mango tree has provided five generations of my family with mangoes,” she tells me. She opens the five fingers of one hand at me.

Evidently, this great gnarled mango tree was already producing fruits for her great great grandfather and his siblings even long before Father Olivier Maradan (1899-1975) – who later became bishop – arrived in 1927 to become the Parish Priest of Anse Boileau.

How marvellous for at least one mango tree to have survived for so long. Once upon a time there were many of such tree in our country. They were the pride of many a home. 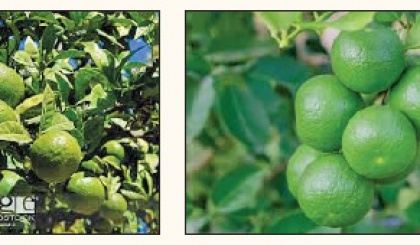