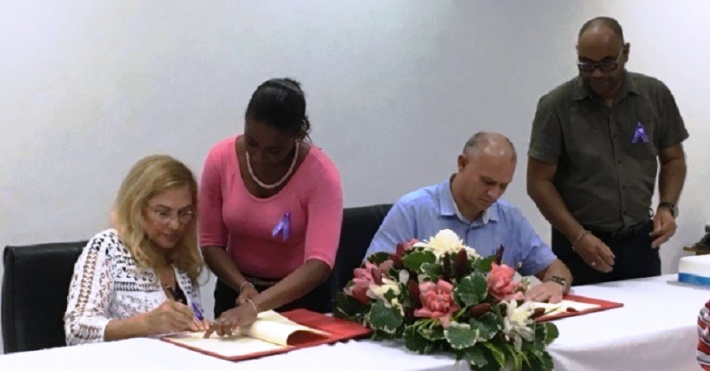 2020 has been a year of turmoil, to say the least. Who could have predicted that Covid-19 would have taken over the world and got all the world leaders to get down on their knees?

Indeed, for the past few months, the whole world has been focused on the virus to the extent that other diseases, including Alzheimer’s, have been put on the back burner. Yet it is still very present in our community and, whether we like it or not, is here to stay.

What is Alzheimer’s? Is it curable? Is there treatment for it? If my grandfather had it, does it mean I will get it too? These are many questions that we often ask ourselves.  Alzheimer’s is an irreversible, progressive brain disorder that slowly destroys memory and thinking skills, and eventually, the ability to carry out the simplest tasks.

It is the most common form for dementia, an umbrella term used to describe a number of symptoms. Someone in the world develops dementia every 3 seconds, so it is not a matter we can ignore. In 2017, there were an estimated 50 million people with dementia worldwide. This number will almost double every 20 years, reaching 75 million in 2030 and 131.5 million in 2050. This sharp increase in numbers is partly due to people living longer.

Likewise, Seychelles has an ageing population and, if we are to believe the global statistics, we can estimate that there are about 2,000 Alzheimer sufferers in our country right now.

The economic impact of dementia is huge. The total estimated worldwide cost of dementia was US $ 818 billion in 2015, which represents 1.09% of global GDP and in 2018, it rose above US $1 trillion.

What does this figure include?

-       costs attributed to informal care (unpaid care provided by family and others),

The above figures indicate that it costs our Seychelles Department of Health and Ministry of Family and Social Affairs a lot of money too, and it would make perfect sense for them to partner with the Seychelles Alzheimer’s Foundation (SAF) so as to share the burden, which is not only a financial one. The SAF has been committed to raising awareness about Alzheimer’s and educating the general public about the disease, but more needs to be done such as providing a facility for Alzheimer sufferers, a place where they can get specialised care. A memorandum of understanding was signed in 2018 between the then Ministry of Health and the Seychelles Alzheimer’s Foundation, to occupy a dedicated wing at the North East Point Regional Hospital for the Elderly, but this has stalled and we don’t seem to be getting anywhere at the moment. Caregivers need someone they can trust to take care of their loved ones and a Memory Care Home, which the SAF has been advocating for since its foundation, would be the best solution.