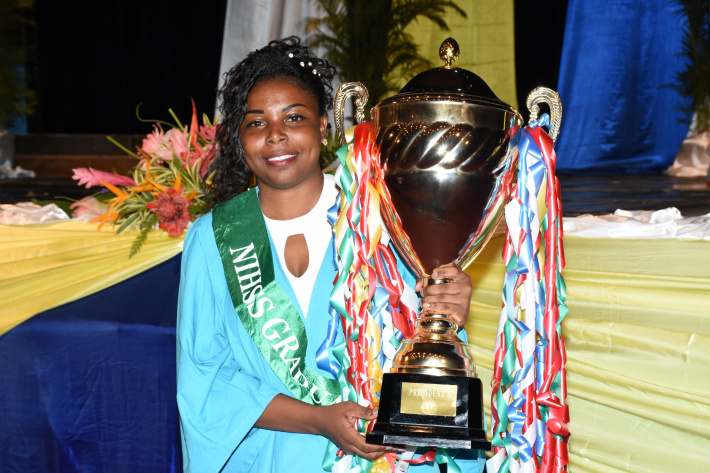 The National Institute for Health and Social Studies (NIHSS) yesterday held its graduation ceremony to celebrate the accomplishments of 71 students who successfully completed their Certificate, Diploma and Bachelor Degree study programmes offered by the institution in 2019.

The ceremony, held at the International Conference Centre, was attended by Vice-President Vincent Meriton, secretary of state for Health Ambassador Marie-Pierre Lloyd, principal secretary for health Bernard Valentin, officials from the Ministry of Health and Ministry of Family and Social Affairs and other related authorities.

Mature student Sabrina Beauchamp was named Outstanding student and the President’s Cup awardee, receiving in prizes a trophy, certificate and laptop from the Office of the President, and a fully-funded scholarship through the Agency for National Human Resource Development (ANHRD).

Mrs Beauchamp is married and mother to one and was working as a nursing assistant at the Beau Vallon Health Centre when she took up the opportunity to further her studies.

The dedicated student was described as a determined and exemplary student, and one who displayed outstanding performance from early-on during her Diploma in Nursing course.

She was further described as an outstanding performer on her work-based experience placements.

The star student intends to gain some work experience before pursuing further studies.

“I’m really happy to have won and I was honestly not expecting it. As a mature student, I think I was an exemplary role model to the other younger students. It was tough for me to find the balance between family life and studies but I’m proud of myself,” Mrs Beauchamp said.

Of the 71 students, five graduated with a Diploma in Nursing, six with a Diploma in Physiotherapy, six with Diplomas in Environmental Health Sciences, sixteen with Certificates in Health Care, and twenty with Diplomas in Social Work. Nineteen dental therapists, who successfully completed their Bachelor’s Degree in Dental Therapy with the University of Kwazulu Natal in South Africa, also form part of the group of graduates.

After each having been bestowed with their relevant qualifications and certificates, all in keeping with the health and safety protocol in place against the Covid-19 pandemic, exceptional performers for the school year were presented with awards highlighting their successes.

Dental Therapist Lynn Dine was named Best Student for the Bachelor’s Degree programme and Vanessa Ernesta the student displaying the most effort and who has shown more improvement. Tina Quatres was awarded Best Person centred-care student.

The cohort also took the pledge to uphold values, honour and noble tradition and ethics of the profession. 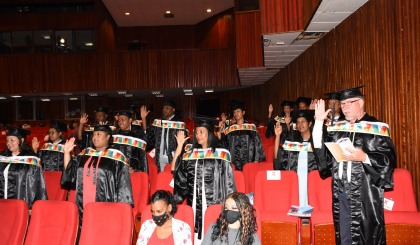 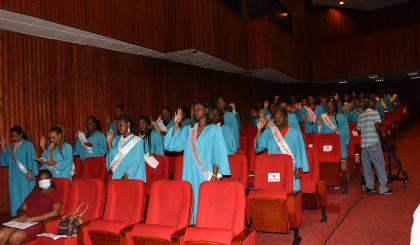