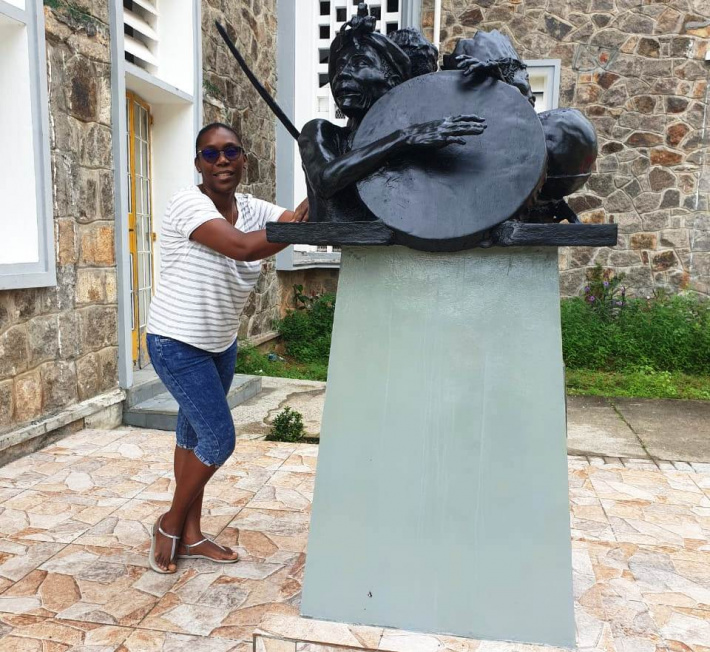 Daniella Rose is the head of dance within the National Conservatoire of Performing Arts with the department of Culture. Her passion for dance started as a hobby when she was just about 10 years old.

“I always wanted to dance after seeing people dance during cultural shows and on TV. I particularly enjoyed our traditional dances and because we did not have a TV at the time, I would often visit the neighbour’s to watch dance programmes on TV,” narrates Daniella.

She speaks highly of the lively district shows which prompted her to join the St Louis district traditional dance group at the tender age of 12. Soon, a dance teacher from France started a dance school introducing ballet and modern dance to Seychelles. According to Daniella, this was the time she started taking dance seriously.

“My father used to participate in cultural activities organised within the district. I accompanied him to almost all the shows. There was never a ‘you are not doing this’ from my parents. They supported me from the onset,” she remarks, urging parents to nurture their children’s interest and hobbies as it may lead them to great career paths.

They put together national shows and performed the sega and moutya among other traditional dances.

“We also performed internationally for the Seychelles Tourism Board. We showcased the Seychellois culture through songs and dance in countries like France, England, Abu Dhabi, China, Poland, Thailand, Hongkong – the list is long,” she notes.

According to Daniella, as soon as a baby can walk, he or she can learn how to dance. Her students’ ages range from 5 to old age.

Speaking on her passion for dance she says it gives her a sense of belonging and acceptance.

“Most of my students come in with little to no knowledge of dance and so when they learn and achieve their goals, I feel happy. Each day, when I teach dance, I go to bed happy because the feeling is satisfying,”

She explains that each style of dance has distinct features and adds quality to one’s life.

“For instance, our traditional dance gives one a sense of belonging with some extra zing. Not to say that I do not love the rest but traditional dance comes at the top of my list. I can make more fusion with traditional dance and this to me provides more room for dancers to express themselves,” explains Daniella.

With 32 years of experience in dance, Daniella declares she “breathes, sleeps and eats dance”. She is proud of the work she continues to do for the industry and is also proud to have worked with some of the country’s legends when it comes to dance and music.

“I worked with Eudoxie Labiche, Jean-Marc Volcy, Patrick Victor just to mention a few. I have also trained dancers who have become professionals both locally and internationally. Two of my students – Ruth Barbe and Joel G Rose – are dance teachers in the United Kingdom. I also trained the Emergency Dance Crew and Denis Rose,” she reveals, adding that she is proud of the strides her current and former students are taking to pursue their goals.

“I am happy they are earning a living from dance,” she asserts.

Other accomplishments include taking a three-year dance course in England, through which she acquired a Diploma in teaching dance.

“I am also proud of entering my students for international dance exams. My students have also taken part in the World Dance Competition and came back home with various accolades, among them a special prize about 5 years ago. This not only makes me proud as a teacher but also as a Seychellois.”

Daniella became the head of dance within the National Conservatoire of Performing Arts 10 years ago. She says she likes working collectively with the staff, putting their minds together to achieve the mandate of the school.

“To my students and staff I am a friend, colleague, boss and this makes me happy,” she asserts.

She works alongside other two teachers and share a studio at the school. This, she says, is a challenge that she hopes can be sorted out in the near future so that more students can be accommodated.

Due to challenges posed by the Covid-19 pandemic, all classes were adjourned including international examination which was to be undertaken in June. However, a few students were able to follow classes offered via WhatsApp. Daniella adds she is in the process of resuming lessons virtually via Zoom with the hope of reaching most of her students.

She reveals that the dance studios have been re-opened but only a few students attend the classes due to regulations put in place by the Public Health Authority. It is to be noted that the National Conservatoire of Performing Arts is affiliated with the Imperial Society of Teachers of Dancing (ISTD), one of the world’s leading dance examination boards with the widest range of dance genres available. Daniella says the international body is planning to offer exams via Zoom.

For the past years, Daniella’s students have been able to put up an annual show during which they showcase their skills to parents, guardians and the general public. However, due to the pandemic, this will not be the case in 2020.

A biennale which was planned for this August and was to take place in Seychelles has also been cancelled. This event was part of the activities to celebrate the 250 years of the first settlement in Seychelles. Daniella says according to previous plans, about 10 countries were to take part in the big event and that this was an opportunity to promote the Seychellois culture.

“Other countries love our traditional dances especially the sega. They say it’s lively.”

Speaking on dance as a career, Daniella notes there are many opportunities in the industry.

“There are many prospects in dance and I encourage anyone who wants to pursue this career path to go for it,” she urges.

Daniella’s current hope is for the world to beat Covid-19, the formation of a dance association under the National Arts Council and hopefully the rise of a young troupe from the School of Dance. 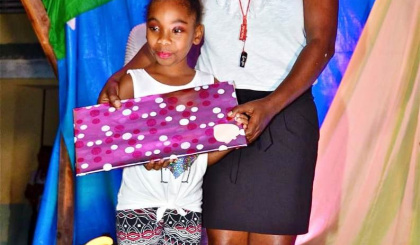 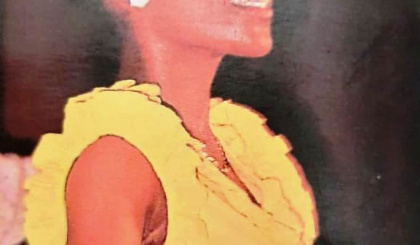