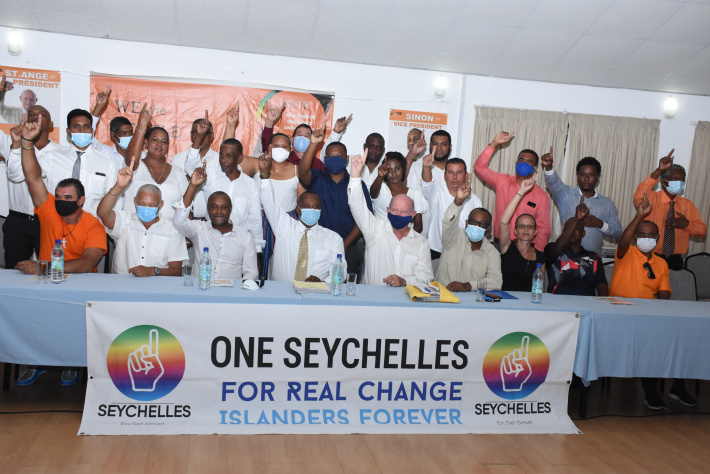 The One Seychelles National Assembly candidates in a souvenir photograph with Mr St Ange and Mr Sinon during the convention (Photo: Louis Toussaint)

One Seychelles held its first ever convention yesterday at the STC conference room where the party made a list of promises and officially announced its candidates for the National Assembly elections.

Due to Covid-19 restrictions, only members of the party and invited guests were able to attend.

“One Seychelles candidates are running not for money but for change in our society, especially for those who are struggling,” said the secretary general of One Seychelles and vice-president nominee, Peter Sinon, when opening the convention.

He added that after five years it has now come the time for Seychellois to choose who will represent them moving forward, noting that effective representation for the legislative election is important as they will serve as their voice in the National Assembly.

“To bring about change in Seychelles that will touch every single Seychellois is important. One Seychelles will bring that change and we will deliver on all promises made,” added Mr Sinon.

One of these objectives is safeguarding our sovereignty for every Seychellois.

“There should not be any military base here, Seychelles will remain in the hands of Seychellois. If Seychellois don’t vote well we are at risk of losing islands such as Assomption, Cosmoledo and Astove,” he said.

The second objective is to address the socio-economic problem that many families are experiencing, he noted, adding that one Seychelles has a plan to revive our fallen economy and address the high cost of living.

“If elected, President Alain St Ange and I will create a trust where fifty percent of our salary will be deposited to address poverty,” said Mr Sinon.

He noted that it is not acceptable that 40 percent of our citizens are living in poverty, emphasising that minimum wage and social security will be reviewed.

Mr Sinon also talked about legalising marijuana in order to limit the use of heavy drugs as well as using it as an alternate form of medication.

The former minister for fisheries and agriculture also touched on the tuna industry where most shipping fleets are owned by foreign countries. He noted that Seychellois need to play a bigger role in this industry and we must have a boat with only Seychellois crew.

He ended by saying that it is time for Seychellois to put their trust in One Seychelles for a better future.

On his part, party president and proposed presidential candidate Alain St Ange said Seychelles will be going through one of its most important elections in history.

“Seychellois will have a chance to decide if they want real change, a radical change or stick to the old ways,” said the One Seychelles’ proposed presidential candidate.

He added that change will not come by voting red or green as both political parties have had four years to prove themselves, but instead did nothing.

He noted that people need to vote for representatives who will serve them and be their voice instead of those who will sit in the assembly and only visit their constituents when there is an upcoming election.

“We will bring real representation in the assembly instead of those who will forget about the people who voted for them and only defend the belief of the political party,” he said.

Mr St Ange, who was once the minister for tourism, added that if elected the tourism portfolio will fall under him. He stressed on reviving the tourism industry, but also put emphasis on the agriculture and fishing industries, so as not to put all our eggs in one basket like we have done in the past.

Mr St Ange also talked about his top priorities if elected. He mentioned fixing the economy through agriculture and fisheries, and he echoed Mr Sinon’s wish that Seychelles needs to have its own fishing vessel.

Secondly, he talked about the cost of living that has been going up for years. He noted that Seychellois are poorer now than four years ago. He promised that one month after taking over the presidency, One Seychelles will fix the cost of living.

He spoke about increasing the minimum wage to R7,500 and increasing salaries of people in public service positions.

Like Mr Sinon, he also spoke about legalising marijuana to limit the use of cocaine and heroin.

He shifted focus by talking about how in his government ministers will not be politically affiliated, but rather experts in their fields to avoid any form of bias.

Mr St Ange also noted that if elected his government will close down the Islands Development Company and give the opportunity to every Seychellois to develop the islands.

He also spoke about private medical insurance that will be used to finance medical procedures abroad, and explained that the system will work on the same basis as Medicare and Obamacare.

After the addresses, it was time to reveal all the names of the candidates for the National Assembly elections, although some were already known beforehand as the party had already communicated their names.

The candidate for the district of Grand Anse Mahé will be announced today.

“In politics we look for the right person who will work for the interest of its constituents and many people like Mr Holbert Jean shares the same beliefs as One Seychelles,” said Mr St Ange.

He added that if Mr Jean is elected member of the National Assembly for St Louis, he will remain an independent candidate and will receive full support from One Seychelles. 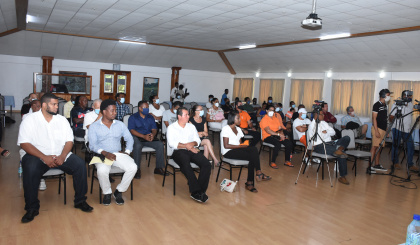 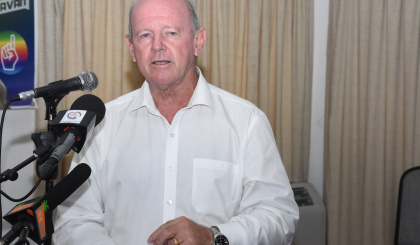