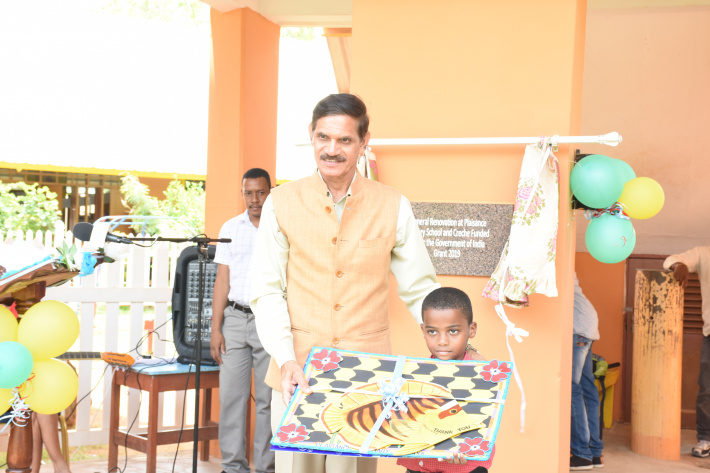 Staff and students from the Mont Fleuri secondary and Plaisance primary schools are experiencing a better working and learning environment following renovation works at their institutions.

The handover of the finished projects funded under a R35 million grant from the Indian government, with the assistance of the Seychelles government, took place yesterday morning at the respective premises.

Work on both projects started in October 2019 and was completed in May 2020.

The renovation work at the Mont Fleuri secondary school, costing R2.43 million, has given the school a new facelift following exterior painting, reinstating of windows, doors and ceilings, and renovation of toilets and floor screeding, among other works. The project was awarded to GNC construction.

It was the high commissioner of India to Seychelles, General Dalbir Singh Suhag; the principal secretary for Early Childhood, Primary and Secondary Education Dr Odile de Comarmond; the head teacher for Mont Fleuri secondary school, Marc Arrisol; and the head teacher of Plaisance primary school, Therese Athanase, who had the honour to unveil the commemorative plaques, in separate ceremonies, to mark the handover of the finished projects at the two institutions.

Present were representatives from the Ministry of Education and Human Resource Development (MEHRD), the department of Foreign Affairs, the Indian high commission, students, teachers and members of the school council and from the Parent Teacher’s Association (PTA).

In his address at the two separate functions, HC Suhag said the renovation work to improve the learning environment of the students comes as a grant-in-aid from the people of India to their Seselwa brethren.

“It is to be noted that India’s developmental partnerships are marked by respect for partners, diversity, care for the future and sustainable development and does not come with any conditions, nor is it influenced by any political or commercial considerations,” HC Suhag said.

Both head teachers expressed their whole-hearted thanks to the government of India for the generous donation which they said will definitely improve the working and learning environment of the staff and students.

They also praised the assistance given by the Seychelles government.

Reflections and entertainment by students spiced up the occasion at both institutions.

Art works were also presented to HC Suhag as a gesture of appreciation.

At the Mont Fleuri secondary school, HC Suhag presented 800 washable and re-useable face masks to the school to fight against Covid-19. He also presented 20 books about India for its library.

In the second ceremony at the Plaisance primary school, he gifted 1200 such face masks for the staff and students.

She stated that some other works still need to be done at the Mont Fleuri secondary and Plaisance primary schools which will still be funded under the Indian grant.

She added that renovation works are also being carried out on other schools in the country but with the financial assistance from government.

The accompanying photographs taken by Anel Robert show some highlights of the handover ceremony yesterday at the two schools. 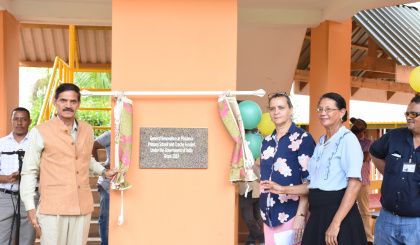 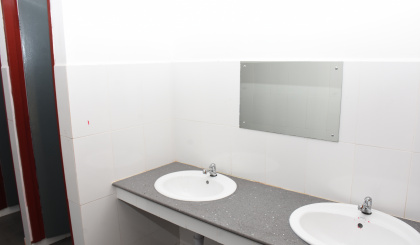 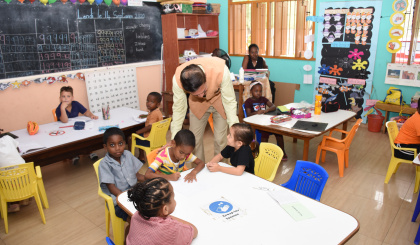 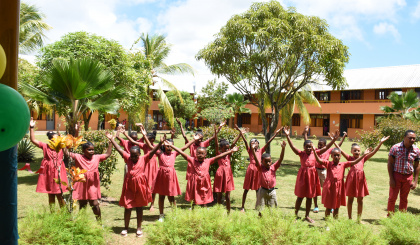 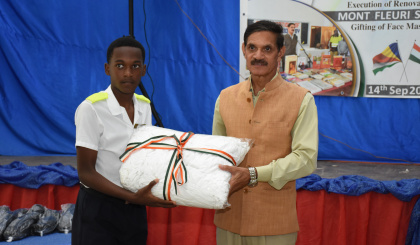 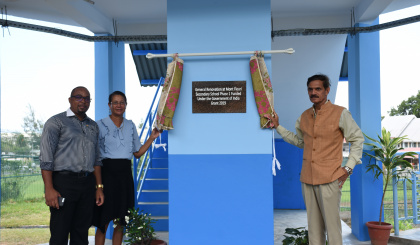