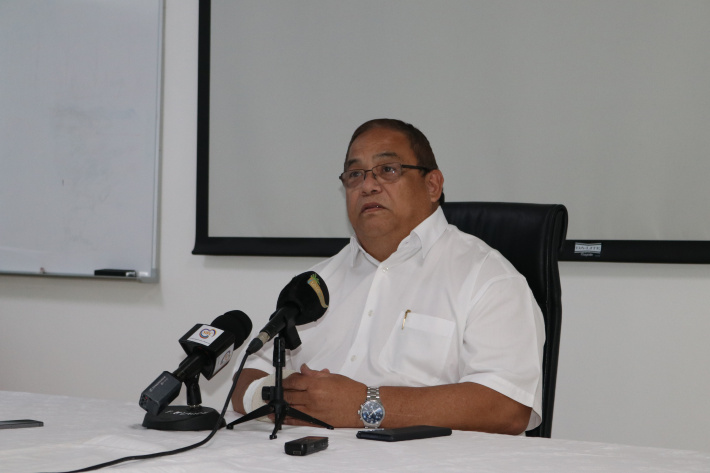 The Seychelles Civil Aviation Authority (SCAA) has said that the airport will at the moment remain open regardless of the intense smoke coming out from the fire that is ravaging the landfill at Providence.

Mr Fock Tave said that the south east monsoon is in their favour as it pushes all the thick smoke away from the airport.

He noted that had the fire occurred during the north east trade winds, the smoke would be blown toward south and therefore engulfing the airport which would have caused the airport to be closed down.

He further noted that if the smoke changes direction and invades the airport to such an intensity that the safety of aviation is compromised, SCAA will seriously consider closing the airport.

He said that though limited (local and international), no flights have been affected so far since the fire started on Saturday night.

He noted that only one planned private test flight for Sunday afternoon was cancelled on account of the intensity of the smoke.

Mr Fock Tave said that SCAA is not in favour of such a dumping site facility in the vicinity of the airport as it poses a host of hazards to aviation, such as toxic fumes from fires such as the recent one, as well as being an attraction to birds like scarlet eagles that pose great dangers to safety of aircraft as they can get sucked into the planes’ engine.

He said that because of such dangers, the civil aviation was very vocal against the landfill in the vicinity of the airport in its proposal stages.

He said that since the fire started, SCAA has been assisting the Seychelles Fire and Recues Services Agency (SFRSA) with manpower and equipment to help combat the fire.