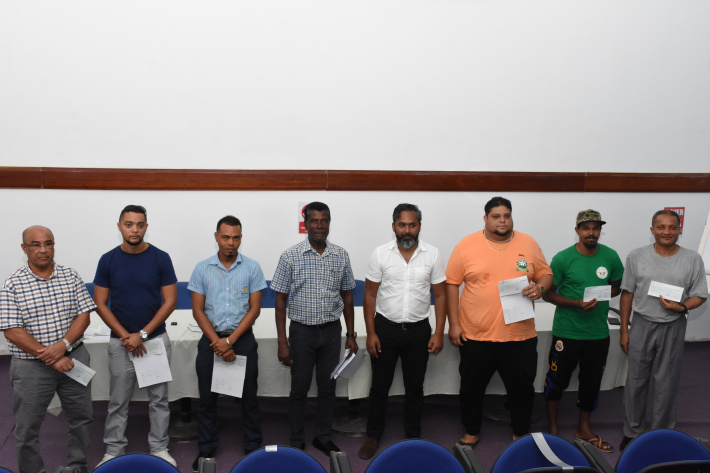 The Seychelles Football Federation has distributed cash prizes to the top teams in all three divisions in a small ceremony at the Maison Football auditorium on Tuesday afternoon in a rescheduled event.

The top earner surely went to Premier League champions Foresters who also went on to win the Seychelles Football Federation (SFF) Cup. They received R375,000 altogether for their double triumph where R250,000 was for their league success while the R125,000 was for their cup victory and their manager Sam Payet told Sports NATION that they welcome this cash boost as they will soon begin to prepare for the new season.

“We will use this cash reward in various ways such as to give to our players to boost their morale and as bonus for their hard work and good results last season. The cash will also help to purchase equipment and other things we will need for the new season where we want to try and defend our titles though we know it will not be an easy task,” the double Cup winners’ manager Payet told Sports NATION.

In the Championship One, the top two teams did not receive their cash rewards as there is a matter currently under investigation as runners-up Pointe Larue-based St John Bosco are contesting that league champions Real Maldives fielded a foreign player who did not possess a valid gainful occupational permit (GOP) for two matches. An independent disciplinary committee expects to give a ruling soon in this complaint.

However, Pointe Larue Bazar Brothers, Anse Royale and Mont Fleuri who were ranked third, fourth and fifth, did receive their cash prizes of R73,500, R51,450 and R36,015 respectively.

In the Championship Two, league champions Rovers won R80,000 and runner-up Bel Air who were also promoted to the Championship One via the playoffs, netted a sum of R53,000 as the federation distributed almost R1.5 million to the top five clubs in all the three divisions as promised after the Covid-19 break by its chairman Elvis Chetty who also said that they will be providing more support for all the clubs before the new season kicks off in mid-November. 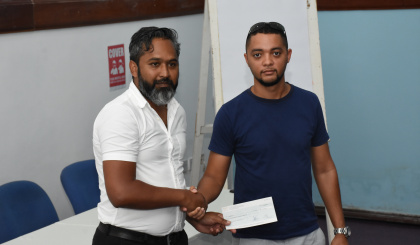