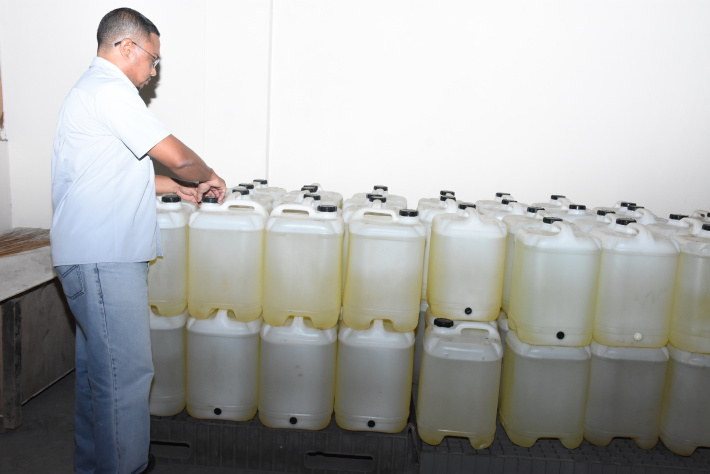 In Seychelles, coconut oil is also used for cooking in some homes and for cosmetic purposes such as for hair care to remove dandruff and soothe dry scalps and skin. Coconut oil is also believed to have health benefits. The Islands Development Company Ltd (IDC) also sells coconut oil to local buyers, who use the oil to make scented soaps, candles and craft products.

For many years, coconut oil has been produced by organisations/businesses and even individuals, but the main local producer since recent years has been IDC, which has been producing coconut oil for many years. In its third outer island development plan (2018-2023), under the promotion of economic activities on the islands, IDC is to produce coconut oil to support the local industry and to develop and produce virgin coconut oil in partnership with potential private investors primarily for export. To recall, since 2012, IDC has been exporting raw coconut oil to Mombasa, where it is used mainly for cooking and lighting.

After a few months of no oil production, since July this year, IDC acquired new machines to restart the project. Michel Coopoosamy, the Island Operations Manager had a chat with our newspaper to explain the process of producing coconut oil.

“On July 18, 2020 we received our Oil Mill. Since then we are able to produce coconut oil daily. On average some 4000 to 5000 coconuts are collected daily and we already have a current stock of 52000 coconuts on Coetivy. Some 600 litres of coconut oil are being produced daily on a shift of eight hours daily,” explained Mr Coopoosamy.

How is oil extracted

“Coetivy is one of the islands that have the most coconut trees. Currently the island is being cleaned and the trees are being thinned out in order to promote a better production and collection of coconuts. Our target is to collect 10000 coconuts per day. Usually this activity happens early in the morning. Then the coconuts are processed and with the help of a machine bought from India, 1200 coconuts are peeled per hour. Once peeled, the coconuts are broken in two and then they are put in the kalorifer (an apparatus for conveying and distributing heat by means of fire in a long steel drum to heat up the room) for seven days. After the seven days, the coconuts are turned into copra. We then put them in a machine that breaks the copra in small pieces. The next step is to put the pieces of copra in an expeller that removes the oil from the copra. The oil collected then has to pass through a filter press which sieves it to produce the final product which is clear pure coconut oil. On a daily basis we produce 600 litres of oil,” noted Mr Coopoosamy.

Mr Coopoosamy also said that they need 8000 coconuts to make one tonne of copra. “Basically, five coconuts produce 1kg of copra and we need 7000 kg of copra to produce 5000 litres of oil.”

On Coetivy, there are 14 staff working with the oil production – 7 in dehusking /shell removal, three mill operators and four other staff to assist with the loading and unloading of the kalorifer. The barge goes to the island to bring fresh supplies and to collect island produce to bring back to Mahé on a quarterly basis.

“This is a venture that IDC wants to pursue as the number of coconuts we are collecting is more than enough for the local market. We are already in touch with some potential buyers for export. Right now we are selling the oil at R50 a litre. Since last week we sold 1664 litres already. We still have a stock of 3335 litres. Peeled coconuts are being sold at R2.50 unit and balye zig is on sale at R60 a unit. Charcoal from casuarina trees is being sold at R15 kilo, in bags of roughly 20kg. Our coconut oil is pure and we are lucky to have a sound environment to make the best quality oil.”

From every stock that comes from the island, a sample is sent to the Seychelles Standard Bureau for testing. The public is encouraged to come grab their oil and other commodities.

Encadre if you have space

Not all coconut oils are the same, and the impact on health may vary according to type. Overall, the less processed a food is, the more likely it is to offer health benefits, and the same is probably true of coconut oil.

Extra virgin coconut oil comes from the fruit of fresh, mature coconuts. Processing does not involve high temperatures or added chemicals. People who choose to use coconut oil should opt for the least processed type.

Controlling blood sugar: Findings from a 2009 animal study suggests that MCTs, present in coconut oil, may help preserve insulin sensitivity. The review also lists the specific beneficial health effects of MCT oil, not coconut oil, in 29 studies. However, other investigations have not found the same results. This study on mini pigs, however, looked at an excess calorie, high fat diet that also included hydrogenated fats and high fructose.

Reducing stress: Virgin coconut oil may have antioxidant properties. In a rodent study, it appeared to reduce stress resulting from exercise and chronic cold. Researchers believe that virgin coconut oil could be useful in treating some kinds of depression.

Shiny hair: Some people apply coconut oil to their hair to increase shine and protect it from damage. It may penetrate the scalp better than mineral oils.

However, one study of people with similar hair types found no difference in hair condition between those who used coconut oil and those who did not.

Healthy skin: Applying a coconut extract to human skin may enhance its protective barrier functions and have an anti-inflammatory effect, says a 2017 study. These findings could have implications for medicine but not for the diet.

Fighting candida: In an in vitro study, coconut oil was active against Candida albicans (C. albicans), suggesting it could be a treatment for candida. This may be due to the extract’s barrier functions and anti-inflammatory properties. However, this is not the same as consuming regular coconut oil since it is not fermented.

Preventing liver disease: In a 2017 study, rats with liver disease consumed a high glucose diet either with or without coconut oil. Those who consumed coconut oil had better measures of liver health after 4 weeks than those who did not.

Improving satiety: Some people have argued that coconut oil leaves people feeling fuller after eating, which means they will not eat so much. However, one study compared MCT oil to coconut oil and confirmed that MCT oil exerts effects on satiety, not coconut oil.

Dental health: A 2017 review discusses the importance of oil pulling for dental health. Oil pulling is a traditional oral treatment. It involves swishing an oil around the oral cavity, in a similar way to the modern mouthwash. Studies have found coconut oil pulling to protect against cavities, improve gingivitis, and influence the oral bacterial balance.

Weight loss: A study comparing two products found that coconut oil was less likely to trigger diabetes and weight gain in mice. Some have interpreted this as meaning coconut oil can help people lose weight.

Cautions: Several investigations have looked into coconut oil and its possible benefits, but many of these are small, inconclusive, and animal- or lab-based. Some human studies have confirmed several benefits, but other studies on people show conflicting results. More research is needed to confirm the effects of daily coconut oil use. 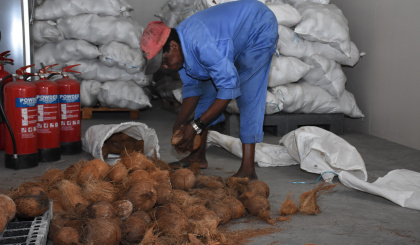 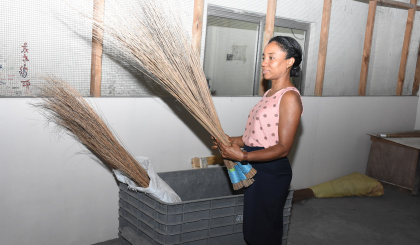 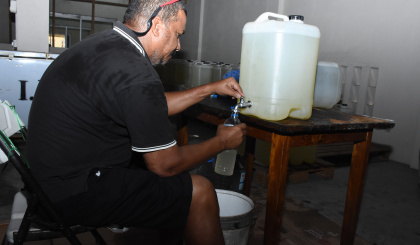