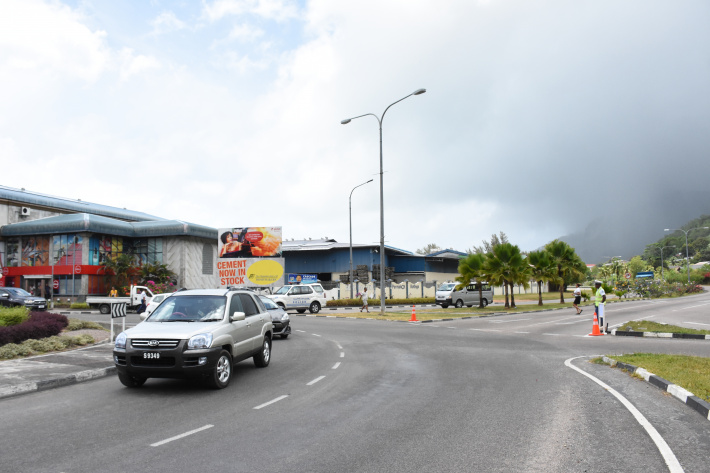 The highway fully reopened to motorists at 3pm yesterday after the southbound lane was closed off for several days due to the landfill fire.

Additionally, all businesses at the Providence industrial estate have resumed operations as well as one of the two training centres in the area – the Seychelles Maritime Academy (SMA). As for the other training centre, the Seychelles Institute of Technology (SIT), it is expected to reopen on Monday.

The landfill fire started last Saturday evening and gradually worsened on Sunday to create black toxic smoke which also caused some crèches, primary and secondary schools in the east and central regions to close their doors on Monday and Tuesday this week.

Paul Labaleine, principal secretary for DRDM, noted that emergency operations had officially concluded yesterday at noon with the demobilisation of the area. The command post that was set up on the southbound lane was also dismantled to allow for the resumption of traffic.

“We will remain vigilant and given that they are still at work to fully extinguish the pockets of fires, we are on standby for any issues that crop up,” said Mr Labaleine.

“We are satisfied with the work that has been done in record time to put the fire under control. When we had assessed the extent of the fire on Sunday we had to revise our operations and raise the emergency level to mobilise resources to tackle the fire.”

He added that the emergency action plan was revised and had targeted to completely deal with the fire by this Friday, yesterday.

“I can say that we fully met this target, which was achieved on Thursday and by Friday life resumed as normal in Providence,” said Mr Labaleine.

“We have been able to put the fire under control in the space of less than 7 days – it has been a formidable work. It was a well-coordinated teamwork which has been successful.”

Mr Labaleine noted that the command post centre which was set up in partnership with the Red Cross Society of Seychelles was a first for DRDM and was not a model of operations they were used to.

“The Red Cross took responsibility of the command post and it has been an operation that has allowed us to meet our target.”

DRDM expects to later conduct risk assessments on all landfills including those on Praslin and La Digue to minimise the risks of fires.

“We cannot say that we will never experience another fire because the landfill has elements which may cause fire but an assessment and report on the cause of the fire will be done, and from there we will work with the relevant agencies to ensure that a fire of this magnitude does not occur,” Mr Labaleine said.

Elements that will be looked at during the assessments include landfill maintenance and measures in place to avoid fire incidents. 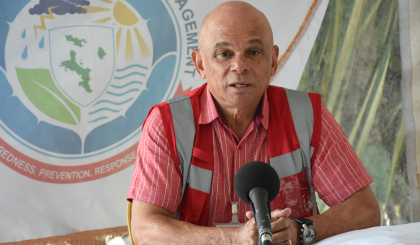