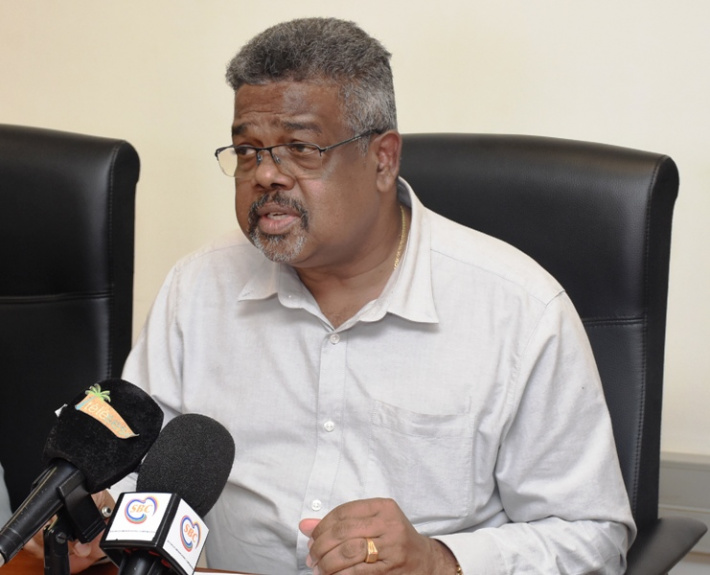 A number of agricultural products being sold across the country are marketed as organic but according to the National Biosecurity Agency these produce are presently not regulated.

This makes it difficult for consumers to know when products sold on the local market are truly organic.

To tackle unregulated organic farming and sales, the National Biosecurity Agency (NBA) has kickstarted a two-year initiative to standardize the organic industry.

The cabinet of ministers last week gave the green-light for the development, establishment and implementation of the organic production programme for Seychelles.

“Farmers declare their farms to be organic without going through any system – we will develop a programme which will set out the standards to gain such an accreditation,” said Marc Naiken, chief executive of NBA.

Mr Naiken noted that the certification will protect actual organic producers from those who falsely claim to be.

“Organic farming uses a variety of methods – it’s not just about not making use of pesticide but also takes into account the plants’ nutrition and the farming process.

The cabinet has approved for a committee to be set up to oversee the development of this organic programme.

“The programme will be voluntary based which means that farmers who want to take on the task can join the programme.”

Producers who embark on the organic programme will be mandated to follow the standards of procedures that will be put in place in regards to organic farming.

Additionally, training sessions will be held for all stakeholders and partners such as producers and testing laboratories.

“We will also create a national database which will hold information such as organic producers, soil fertility and other essential details,” stated Mr Naiken.

The NBA and its parent ministry are hoping to encourage the commercial sale of organic-friendly inputs such as fertilisers, soil conditioners and plant protection products.

Mr Naiken noted that setting up an organic production programme would be counterintuitive if these inputs are not made available to farmers.

Producers receive their organic certification based on a number of standards, that are yet to be set out, and legislations in regards to organic production are expected to be enacted.

Once these legislations come into place, it might most likely be illegal to falsely misrepresent or label products as organic.

“There would be a law to protect organic producers and the consumers. If someone buys an organic produce that is determined to have traces of pesticides in it that would mean that the person has been duped.”

“We have been approached on different occasions in regards to farmers who are selling their goods as organic and asked what are the standards being used for this. This showed a deficiency in the agricultural sector which we needed to address.”

Numerous countries across the globe have implemented government-standards, regulations and certification of organic farming and organic food including those in the European Union and the United States.

NBA has recruited a local consultant, Evelyn Drawec – a specialist with experience in regards to the USDA organic standard – to work on the certification system.

“I have been working in organic certification primarily in the United States[…]I see Seychelles as being well set up to have an organic programme. A lot of the technics that are prioritized as in organics, such as crop rotation, diversity of crops on the farm and natural inputs, are being used by all around Seychelles so it will be easy to transition to organic methods.”