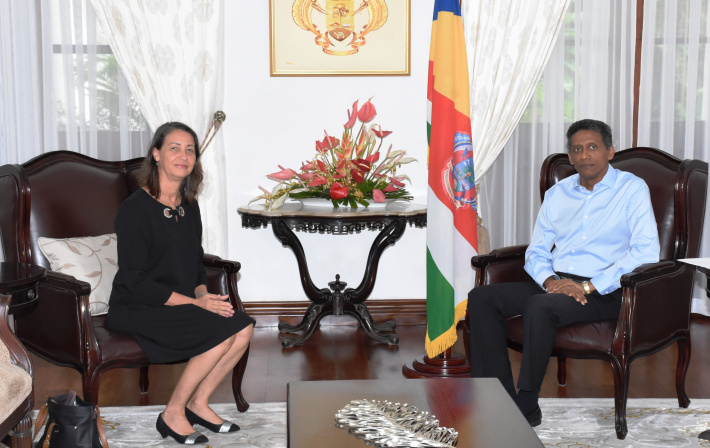 Legislations make provisions for a chief justice’s resignation to take effect at the moment they hand in their letter.

Dr Twomey served her last day as Chief Justice on Wednesday, September 30 but had expressed her intention ahead of time, in January, to step down before the end of this year.

“I indicated that I would step down at the end of September but I was not able to present my letter in January because it would have taken effect then, so this is why I handed it today at 9am and my resignation takes effect immediately,” explained Dr Twomey.

“As of today I am Mathilda Twomey, former Chief Justice.”

In a previous interview, Dr Twomey observed that she is a strong proponent of limits of powers and change so as to allow “fresh energy” in the judiciary.

“I do not think it fit to stay more than five, seven years. I think that you should do your term, put all of your energy in it and make way for a new chief justice to bring about a new way of doing things,” stated Dr Twomey yesterday.

She further noted that she has been on an interesting five-year journey, although it has been fraught with allegations, some of which she needlessly had to defend, and challenges.

“I think I strived over the last five years to position the judiciary as an equal partner in government. It was not easy, the first few months and first year were particularly difficult given the political situation in Seychelles. There were a lot of potshots at the judiciary, open criticisms of decisions of judges, and at the back of that I requested a meeting with the Speaker of the National Assembly [Patrick Pillay] and the President, and we met here at State House. We hammered out an agreement that we would respect each other and issued a statement and I think after that things improved.”

In regards to whether she leaves Palais de Justice with any regrets, Dr Twomey said: “No, I do not have regrets. I think I open a door and close another door. I am really happy with what I have been able to achieve and I am really sad leaving my colleagues behind, who have worked really closely with me.”

The hectic court procedures, hearing witnesses and evidences, sitting on the bench chastising her lawyer friends at times, taking part in fresh new trials, the congeniality between her staff and attorneys are some of the aspects of her former job that Dr Twomey says she will miss.

Dr Twomey, who left her four children in Ireland ‒ the oldest of whom is now 30 and the youngest 17 ‒ when she took the post of chief justice in 2015, noted that she is excited to be heading back to visit them next week.

“I left my youngest girl with her father at the age of 12 years, which broke my heart, and I was only able to see her during holidays. I have not seen her for Christmas and due to Covid-19 she has not been able to come here and I have not been able to fly out. I will spend my 14 days in quarantine in Ireland after which I will see my child and then come back to Seychelles.”

As she sheds her chief justice robes, Dr Twomey will take on responsibilities as an adjunct professor with the National University of Ireland as well as the academy director at the Judicial Institute for Africa.

She remains a Justice of Appeal and will sit on the bench during the Appeal Court’s trimestral sessions.

Meanwhile, Judge Melchior Vidot has been appointed as interim chief justice until a new one is sworn in.