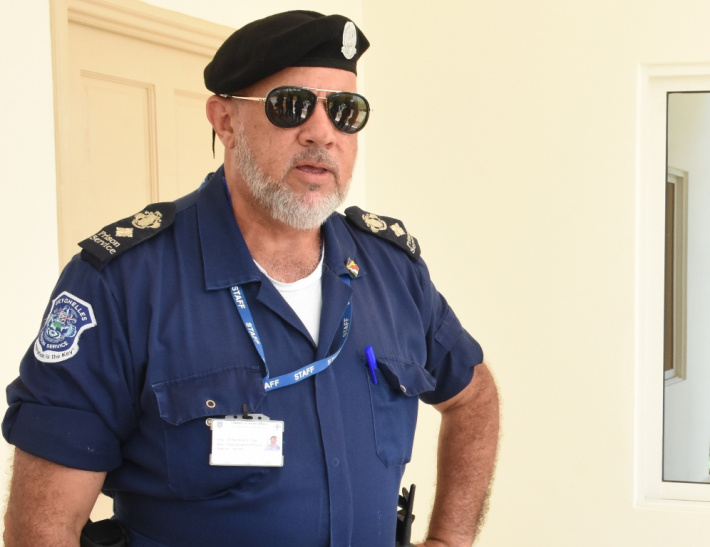 The Seychelles Prison Service (SPS) is to build a prison campus at Bon Espoir.

It was the Superintendent of prison Raymond St Ange who made the announcement on Tuesday during the launch of the prison’s first ever drone.

The prison campus at Bon Espoir will include a new high-risk facility for hard core inmates, a detention centre for remands, a juvenile centre among other auxilliary facilities.

Apart from the prison facilities at the campus, SPS will also construct a facility for low-risk inmates and an animal sanctuary at the Montagne Posée prison.

Speaking to the media, Superintendent St Ange said the high-risk facility for hard core inmates will firstly cater for 60 persons in individual cells but will eventually accommodate up to 250 persons in future development with the introduction of an added floor.

On the same premises, the detention remand centre, to cater for 200 persons, with individual cells and dorm units, will also be built.

The project will also include a clinic for up to 15 persons in wards, along with 10 padded cells.

Superintendent St Ange said the remand centre at Bois de rose will be expected to close down.

Separate and away from the above prison campus with specialised care and added management with other entities for support like education, health, family affairs among others, will be a juvenile detention facility. It will cater for up to 40-50 residents in separate units.

The whole prison project at Bon Espoir is to be built over a four-year period at a cost of R150 million. With a life span of 30-45 years, it is expected to be commissioned in 2025.

According to Superintendent St Ange, the prefab facility for compliant inmates, to be constructed on the prison premises at Montagne Posée, will cater for 50-60 persons and will cost R6.2 million. Work is expected to start soon and it will be completed in mid 2021.

With regard to the animal sanctuary, dubbed the ‘Furry Kids’, also to be built at Montagne Posée prison, it will cater for 50 dogs with a number of cats in separate facilities, as part of the rehabilitation programme for inmates.

He stated that apart from being involved in agriculture, the prison hosts some dogs, cats, guinea pigs including some cows which the inmates care for.

He said the inmates through their work contributions have already raised R17,000 for the project, designed by a fellow inmate and to be constructed by them.

Superintendent St Ange said that the Montagne Posée Prison will continue to work to improve service delivery by modernising, planning for future improved facilities as part of forward planning, while reinforcing and building on rehabilitation as a key.

He added that with decongesting the main male residence, the service’s plan includes turning SPS Montagne Posée prison into a low-risk facility in the future, where it will champion rehabilitation for compliant inmates who wish to positively change and re-join their families and the community at large as reformed citizens.

The SPS holds 330 inmates of whom 270 are prisoners at Montagne Posée and the rest are on remand at the remand centre on Bois De Rose.

There are currently only 19 female prisoners at the Montagne Posée prison.