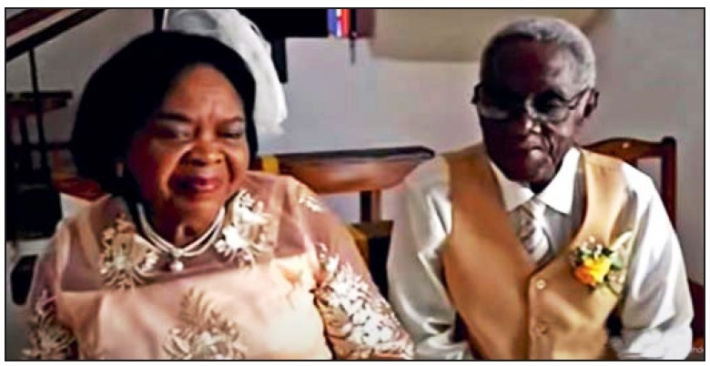 Venise and Raymond Clarisse (Sr) got married 50 years ago on October 4, 1970. To celebrate their 50th wedding anniversary, the couple renewed their vows at the Bon Pasteur Church on Saturday August 10 in the presence of their family.

The ceremony was presided over by Father Edwin Mathiot who said that a relationship built on God’s love is the most solid of all.

“The love that you have for each other has kept you going all these years and it is only fair that 50 years later you renew your vows in the same church you got married in,” said the preacher.

“After a courtship of five years I asked for her hand in marriage. My advice for young couple is that they should think twice before getting married and make sure that they are ready to receive the vow,” said Mr Clarisse.

Mrs Clarisse added that the marriage has been a happy one despite some hardships that they faced in the beginning.

She also added that she always wanted to celebrate her 50th wedding anniversary like her parents had and she now has her wish fulfilled.

Mrs Clarisse will not be the only one in her family to accomplish this milestone as her older brother will celebrate his 50th wedding anniversary in a couple of months.

On their special day the couple was also presented with a PaPal blessing certificate from the Pope himself congratulating them.