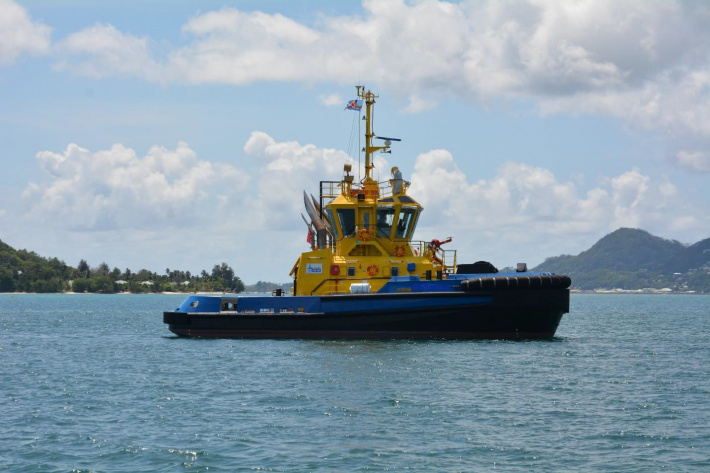 The boat arrived in Port Victoria in the early hours of Saturday October 17, 2020. The vessel had set sail from Turkey, where it was built, on September 25, 2020. Manned by a Turkish crew, it sailed under the name Bogacay Xli and flew the Turkish flag.

Following the necessary health formalities yesterday morning, the boat was welcomed by an escort and water canon by Seychelles Ports Authority’s (SPA) tug fleet and is now berthed at its new home at Mahé Quay.

Dr Egbert Moustache, deputy chief executive of SPA, is currently at the SANMAR Shipyards in Turkey undertaking all remaining formalities for the official handing over of the vessel to SPA.

A one-week training will start tomorrow, Wednesday, in order to familiarise the SPA crew on the operational, engineering, electrical and other aspects of the vessel before it officially enters service.

An official ceremony which includes the unveiling of the vessel’s name will be held in due course after completion of the familiarisation training and other formalities.