Inauguration of the new President of the Republic of Seychelles, Wavel Ramkalawan | 27 October 2020 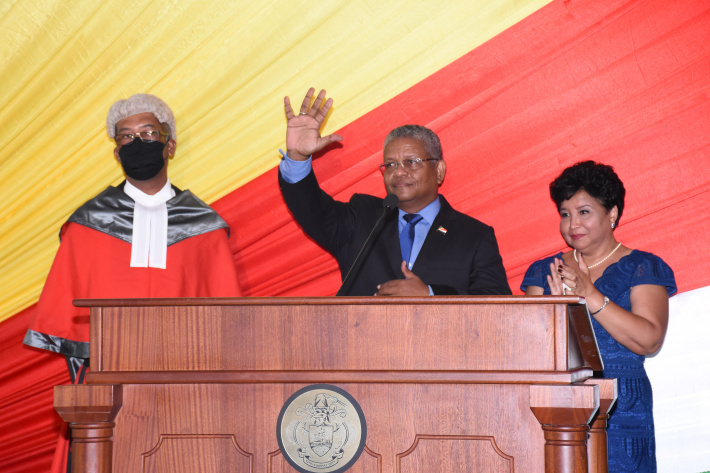 Opening of a new chapter in our democracy

Wavel Ramkalawan was yesterday inaugurated into office as the fifth President of the Republic of Seychelles.

This follows his historic landslide victory in the October 22-24, 2020 general elections (see story on page 3).

During the inauguration ceremony held at State House yesterday afternoon, President Ramkalawan in the presence of family and friends, dignitaries and party compatriots took the oath of allegiance and the presidential oath, in which he promised to perform the responsibilities of the office and uphold the Constitution, and that he will abide by the laws of Seychelles.

The inauguration marks the beginning of his five-year presidential term, after he was elected into office by the Seychellois electorate during general elections held on October 22, 23 and 24. The administration of oaths by the acting Chief Justice Melchior Vidot, is provided for in Article 57 of the Seychelles Constitution.

In his inaugural address, President Ramkalawan called for national unity, urging citizens and leaders to cultivate, uphold and work to the highest moral standards, in the interest of the country.

He called out to citizens to remember first and foremost that they are Seychellois, as this is the unifying factor that will contribute towards giving the country a solid foundation on which to build within the next five years.

President Ramkalawan went on to thank the electorate and former President Danny Faure for the good relations and his mutual agreement to ensure that Seychelles maintains a good international reputation.

“One of the things on which we have agreed is that the transition will be one which is peaceful, and I hope that the example that my brother Danny and myself are displaying, will extend deeper into the villages in our country. And now I will tell everyone to remove the pains inside of us, let’s remove all vengeance, let’s remove all anger, and remember that all of us, regardless of the colour of our skin, regardless of our faith, how we adore our God, regardless of our race and origin, we all have a part in our country, Seychelles, and we can all make a contribution to our country, Seychelles,” Mr Ramkalawan urged, inviting all invitees to applaud former President Faure for his efforts and contributions towards the country.

President Ramkalawan further affirmed the guiding principles which will characterise his presidency and that of his government for the presidential term, asserting the importance of collective action to revitalise the domestic economy. He spoke at length about making available opportunities for all citizens to effectively create wealth and improve the standard of living.

Furthermore, President Ramkalawan iterated his commitment to strongly combat the scourge of hard drugs, calling out to drug dealers to stop and come forward. He also seized the opportunity to thank the United Arab Emirates (UAE) for the initiative to finance a rehabilitation centre for recovering addicts.

President Ramkalawan further vowed to ensure that there is transparency within his administration and that justice is upheld.

“Our society must have as its foundation justice and what is right. As Seychellois, we need to become citizens who like the law, and that the law also gives us some encouragement to practice moral standards in the way in which we and our community live. Justice demands that we do to others, as we want others to do onto us,” he said.

Strongly asserting that nobody will be above the law under his administration, President Ramkalawan called on citizens to recognise that the rule of law should remain as a pillar of democracy, as the law is supreme and applicable to everyone.

“A winner is a dreamer who never gives up,” he said to conclude his address, once again committing to dedicate his life to the Seychellois public, as he has done over the past 30 years.

The inauguration ceremony for Vice-President Ahmed Afif is to be held at State House today.

The accompanying photos by our photographer Joena Meme and Thomas Meriton show some highlights of President Ramkalawan’s inauguration ceremony. 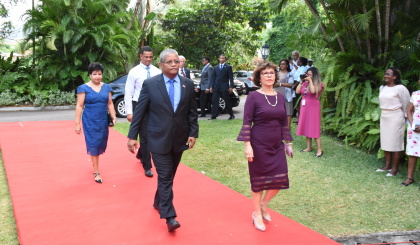 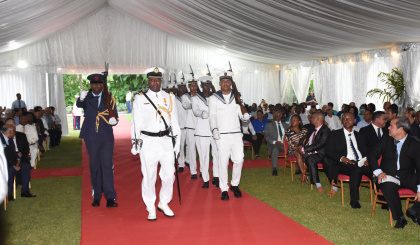 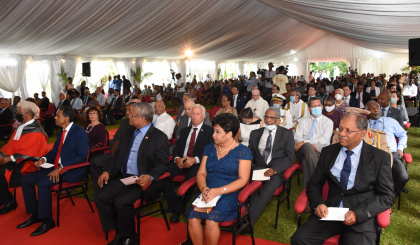 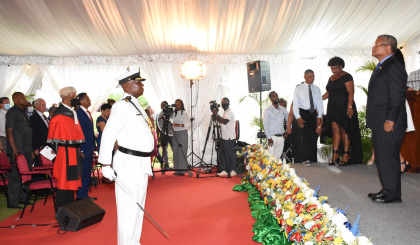 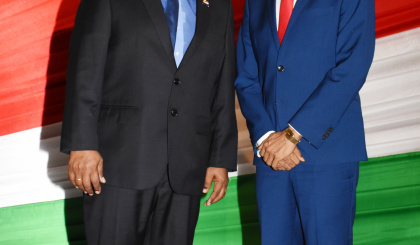