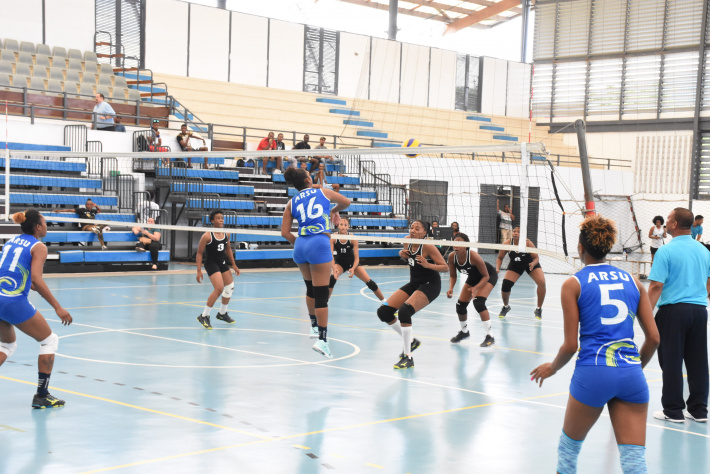 This year’s Land Marine Cup tournament will begin tomorrow at the La Promenade Gymnasium in the absence of women’s division two defending champions Breakaway, while reigning men’s champions of the division, Racing Club, will this season compete among the top guns.

Breakaway have simply not registered for the tournament, while Racing Club earned automatic promotion after winning the league last season.

For this year’s tournament which will be played in a round-robin format, eight selections from the men’s league division two are contesting for the cup in two pools, before battling in a cross knockout semifinals for a place in the final.

Pool A is made up of Neo Youth, Airwaves Lads, Anse Royale Boyz and St Francis Brothers, while pool B features Outsiders, St Louis, Juniors and Airwaves.

In the women’s competition for the same division, only five teams have registered with Neo Girls, St Francis Sisters and Airwaves Sisters playing in pool A, while St Louis Bombers and Juniors will clash in pool B.

In the men’s division one group, five selections have confirmed their participation, with defending champions Premium Spikers playing in pool A alongside Beau Vallon and Neo Boyz, while pool B will regroup Ton Neo and newcomers in the division ‒ Racing Club.

As for the women’s division one contest, only four selections will be contesting for the top prize.

Last year’s winners Arsu have been drawn in pool B alongside City Ladies, while runners-up Cascade will play in pool A against Mont Fleuri.

For this year’s tournament, the Seychelles Volleyball Federation (SVF) is urging all teams and players to observe the strict guidelines set in conjunction with the Ministry of Health due to the coronavirus (Covid-19) pandemic.

This include the wearing of face mask when entering match venues, hand sanitising, temperature checks, as well as social distancing of at least one metre at all times.