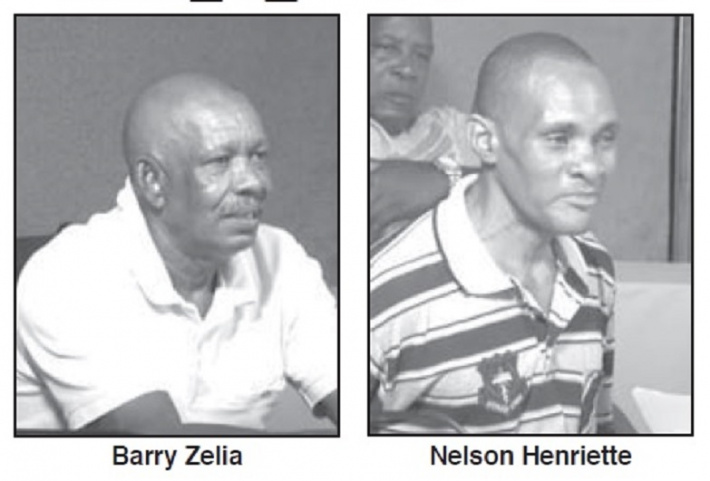 Barry Zelia from Quincy Village and Nelson Henriette from Port Glaud were the only two witnesses in open session before the Truth, Reconciliation and National Unity Commission (TRNUC) yesterday.

Barry Zelia, 63 years old, was before the TRNUC in the morning as witness in Case 005-Carlette Ball, in relation to the disappearance of her husband, Hasannali, at St Louis on August 13, 1977.

Following an interview he gave to the Seychelles NATION newspaper on November 10, 2020, in which he gave an account of the kidnapped incident he claimed he had witnessed, Mr Zelia was summoned before the commission and he willingly obliged.

Recalling what he observed and heard that night, Mr Zelia explained that it all happened in August 1977 around 7.30pm while he was on his way home at St Louis. He said that while climbing a wall to get to the other side to his way home, he heard car engine noises. Upon looking back over the wall, he saw three cars that had stopped on the right side of the road facing north towards Beau Vallon. He said a car, he could not remember the colour or the number plate, was stuck in between a white car bearing plate number S1122 and a red car, in front, of which he also could not remember its plate number.

He stated that upon seeing the white car (S1122), he knew right away who it belonged to, as it was well known in the country. He noted that a lady was standing next to the red car in front. S1122 at that time belonged to the state security.

Mr Zelia, who was 20 years old at that time, said at that point he hid further behind the wall and heard someone calling out “What did I do to you all” a few times before someone instructed for him to be taken away. This was followed by sounds of car doors being slammed shut.

He added that upon trying again to look back over the wall to see what was happening, he saw clearly who the lady at the scene was.

He said at that point S1122 and the red car left the scene quickly, leaving behind the car which was in the middle.

He further said that one of that car’s doors was opened and a slipper was lying on the tarmac next to it. From there, he continued, he fled home and only learned of what had happened the following day on the radio.

He said he never saw who the other people were or how many were they in S1122 or the car stuck in the middle, except for the lady standing next to the red car. He presumed that Hasannali was whisked into the white car (S1122) as he saw only the lady alone in the other car. He stated that if he had known it was Hasannali who was involved, he would have alerted his family because he knows them. He claimed the incident happened so quickly.

Mr Zelia provided the commission with the name of the lady he saw at the scene and a code name he also heard during the commotion. He said he did not dare go public then with his story for fear of his life but feels safer now to talk about it.

The chairman of the commission, Gabrielle Louise McIntyre, thanked him for coming forward to provide his piece of evidence she said was crucial to the investigation.

Nelson Henriette was the next witness before the commission in the afternoon in Case 033 - Annette Henriette/Harinna Labrosse concerning the death of his brother, Robin Henriette, who was shot by the police at Port Glaud on January 12, 2005.

According to the commission, from evidence received, Nelson attended the scene after he had heard shots being fired. But before he could proceed with his intervention, on behalf of the commission, Mrs McIntyre apologised to him and his family with regard to five witnesses who failed to appear to help bring closure to the case. She said that two reported themselves as ill and unable to attend and will be rescheduled while the three others who were to appear on November 12, 2020 were advised by the Attorney General’s office not to attend. She assured Nelson and his family that the commission will take measures to ensure that it receives evidence from the three persons as soon as possible.

In giving his account, Nelson, an ex-soldier, said that morning around 8 while preparing himself for work, he heard gun shots, in rapid and after in single fire, coming in the direction from where his younger brother (Robin) was working in a plantation. He claimed that upon arriving at the scene, he saw three police officers, including one talking on the phone, who were all in total panic while his brother was lying on the ground, bleeding, after being shot three times. He claimed that they were in a panic mode because they had not expected to see him (Nelson) or anyone else at the scene.

Nelson said that none of the three policemen, he claimed he knew, especially the one who was with him at the Exile army camp, told him why they had shot his brother. He said his brother, who was shot in the leg and stomach and was still alive, was transported in an ambulance to the Beoliere clinic one hour after the shooting incident. He further said that although a police vehicle arrived fifteen minutes after the shooting, nobody administered first aid to his brother. He stated that as he had no shirt on which he could have used to prevent the bleeding, he was unable to provide first aid also. He said his brother died on the way to the clinic.

Nelson told the commission that he has no knowledge of who among the three officers could have fired on Robin but has held each of them responsible for firing a bullet each that caused his death. He claimed that their intention was to kill Robin as he was first shot in the leg to prevent him from escaping and subsequently in the stomach at close range.

He said that his brother was not armed but he (Nelson) was lucky to have arrived in time to foil their attempt to place an old gun near his brother to later claim that he was armed.

He stated that he has no knowledge if his brother was involved in any wrongdoing as they lived separately. But he admitted that the police had on previous occasions come to look for his younger brother, including at his residence (Nelson’s).

Nelson claimed he was never informed of any outcome of an investigation as he was never approached by the police for a statement. He said he only gave his statement on the incident to his lawyer.

During the session, Commissioner James Wong asked Nelson if the family would be ready to accept the apologies of a Benedice Hoareau, a witness and also the one who was in charge of the operation, and who in his testimony had claimed that he was saddened by the incident and was ready to present his apologies to the family. In his response, Nelson said he will not agree to do so as Mr Hoareau, according to him (Nelson), is still dishonest as he couldn’t get one of his own brothers involved in the shooting to also come forward to admit the wrongdoing. He said the family will only take a decision upon hearing from all three police officers involved.