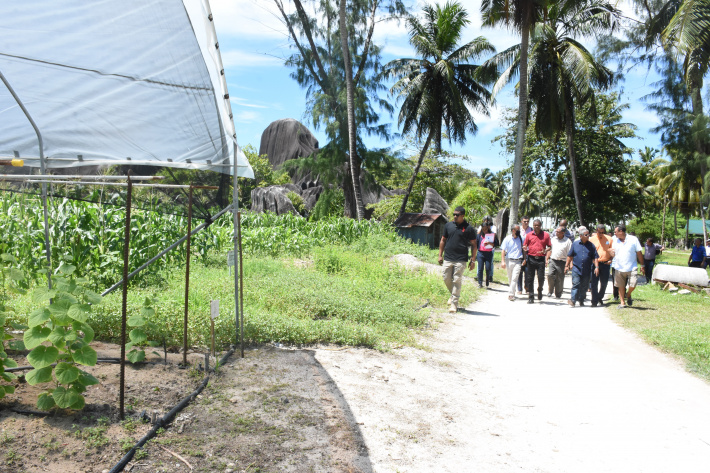 ‘La Digue needs to be rewarded for its economic inputs’

La Digue as an island has been left behind for too long and now is the time to give it its real value, importance and reward for what it has brought to our economy, President Wavel Ramkalawan has said.

He was speaking yesterday, shortly after a whole-day visit on La Digue where he visited sites for different proposed projects.

President Ramkalawan said despite being a long and tiring visit, he is very satisfied with the outcome, especially after being able to be physically on the different sites and also take decisions regarding the projects.

Also present was member of the National Assembly for Inner Islands which include La Digue Rocky Uranie, as well as principal secretaries and other government professionals.

President Ramkalawan’s first stop was at the La Digue police station where two proposed locations have been identified for a new building.

Talking to the officers, he urged them to dedicate their effort and service towards the betterment of the country, especially in the national struggle against drugs.

He asked them not be part of the problem, but rather be part of the solution and promised them all the support from the government, since the whole country is relying on them in the way forward.

In the presence of the Commissioner of Police Kishnan Labonte, President Ramkalawan promised better conditions for the officers, especially in terms of better accommodation for those who have been posted on La Digue.

President Ramkalawan said he will have discussions with the planning authority to make an exception regarding the building regulations for La Digue to allow the construction of a ground plus two building with two bedrooms each which will accommodate police officers and fire fighters.

This, he said, will help them to better deliver and also boost the familial and community life.

The head of state’s second stop was at the island’s fire station where he interacted with the fire fighters to hear their concerns and proposals.

The issue of specialised equipment and training was one which caught the attention and interest of President Ramkalawan and once again, he promised the government’s total support towards improving the Seychelles Fire and Rescue Services Agency (SFRSA), all in close collaboration with other bodies such as the Seychelles Coast Guard which is well equipped with trained personnel.

Fire hydrants around the island, especially at housing estates was another issue which caught the attention and interest of the president.

The La Digue Port Development Plan was also on the agenda of President Ramkalawan’s visit and accompanied by the chief executive of the Seychelles Ports Authority Ronny Brutus, he visited the coastal area where the scheduled project will take place.

The development which will take place in three phases includes rehabilitation of existing sea wall, extension of break water, sand excavation, a proposed cargo and storage yard and a proposed warehouse for goods and commodities.

President Ramkalawan also visited l’Union Estate where he discussed with board members on how the property can help in local food production, thus helping to cut on importation, especially in a time where our economy is facing a major difficulty.

The possibility of venturing into other areas such as vanilla production was also discussed.

The new hospital for La Digue was also on yesterday’s agenda and the presidential delegation visited the proposed site for the project.

In fact the hospital raised some concerns as some of the residents were not in favour of the change in location.

In a public meeting with the residents, President Ramkalawan explained that the new modern hospital will be built based on the needs of La Digue.

He added that based on the location of the existing facility, it will not be ideal to build the new hospital in the same place since the area is continuously developing into the ‘the capital’ of La Digue.

Coastal erosion is another factor which affected the choice of the location.

The new facility, which has already been financed, will be equipped with four wards (female, male, children, and maternity) each with four beds, as well as other facilities such as dialysis, x-ray, a small theatre and an isolation centre.

President Ramkalawan also visited the La Digue school where he had the chance to view and discuss with the school’s head teacher on the proposed plan for a new school which will accommodate crèche, primary and secondary classes.

Among other stops during yesterday’s visit were the Seychelles Trading Company (STC) warehouse and the island’s district administration (DA) office.

At the warehouse the main concern was about lack of ventilation which makes the working environment uncomfortable for the staff, while at the DA’s office discussions were on how to make the institution more reliable and efficient.

It was agreed that all bodies, other than the district administrator and MNA should vacate the building and find other locations to operate.

President Ramkalawan also had the chance to hear the concerns of the La Digue business community and also the residents through two meetings at the La Digue Island Lodge hotel. 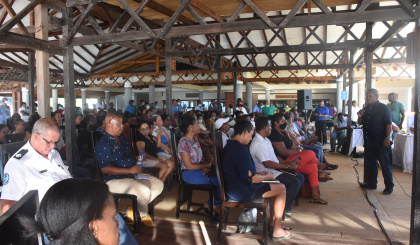 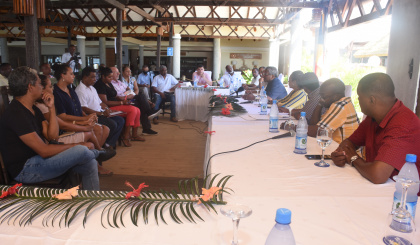 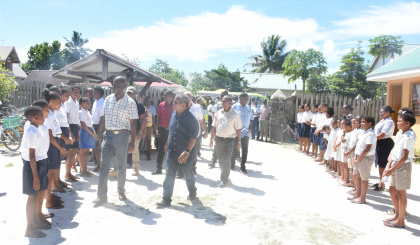 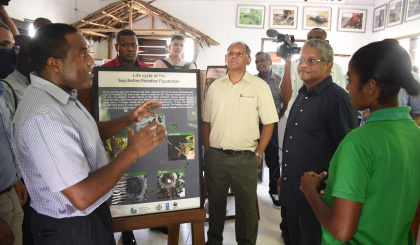 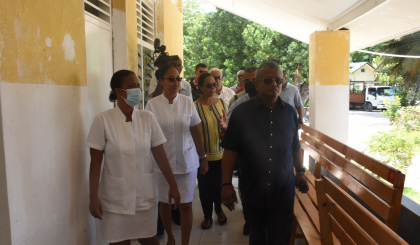 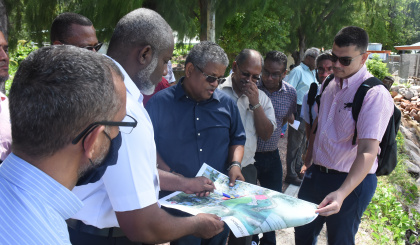 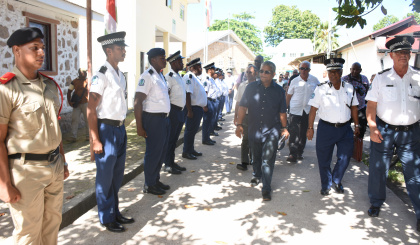