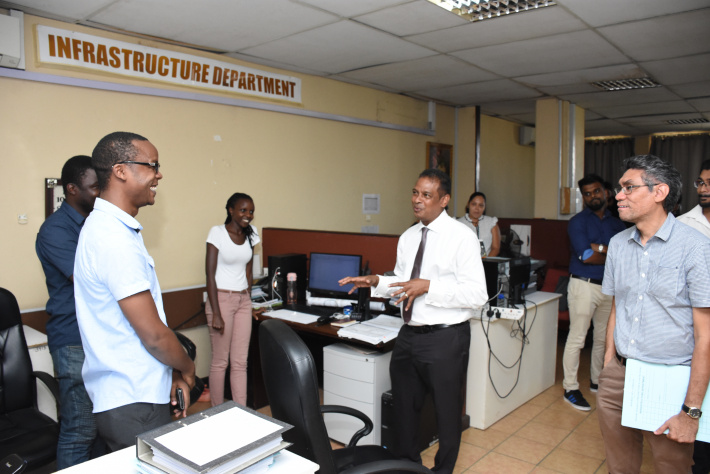 “We must do what we can to reinforce the image of our ministry,”newly appointed Minister for Lands and Housing, Billy Rangasamy, has said as he made his first ministerial visit yesterday afternoon to the offices of the ministry’s headquarters at Independence House.

His first stop was at the lands department where he was introduced to the workers by PS Albert.

He got a chance to interact with workers in that division and noted that the land point system is very important and a key element for the ministry which is why the work that they are doing is well appreciated.

The minister then visited the department of infrastructure which comprises smaller units and teams.

“This unit is crucial in the delivery of projects. It’s a team that needs to be integrated and the experience that each of you possess should be shared with one another,” he told the employees.

He continued by saying that he believes in positive competition that will help challenge one another to meet targets and objectives.

The new minister also said that one of his top priorities is to meet with contractors that may be delaying the projects and boost the delivery of products.

Other departments that were visited by Minister Rangasamy included the housing department, the geographic information system (GIS) department, planning authority and the administration section.

Throughout his visit the new minister took time to learn the names and get to know each worker in every department and got an idea of what their day-to-day task consists of.

Sitting down with the media after his rounds, Minister Rangasamy said that he is very excited to be leading the ministry where he started his career as an engineer back in the late 90s.

“There is a wonderful mix of staff and a very strong management team which includes the principal secretaries and chief executive who have impressed me by their commitment and desire to push our ministry to a higher level,” said Minister Rangasamy.

He also commended former Minister Pamela Charlette for the work she has done over the past years.

“One of the challenges that I have observed is the public image of the ministry and the way we communicate with the public which we will need to work on,” said Minister Rangasamy.

He also added that a lot of the platforms have been set and his ministry will build on those, noting that there are also areas which need improvement and those will be addressed.

Another area he will work on will be reinforcing digital platforms across the ministry to make sure that clients are satisfied.

“We are public servants and we must work hard to give the public the very best,” continued Minister Rangasamy.

He also took notice of the cramped office space in some departments and noted that once renovation is completed in certain areas of Independence House employees will work in a more comfortable and conducive offices.

The minister has also emphasised on professional growth among workers.

“We need to build up the capacity of our employees and look at opportunities where we can get grants and assistance from external entities in order to offer training,” he said.

He also called on students who are finishing high school to take an interest in architecture and quantity surveying.

The accompanying photographs show Minister Rangasamy during his visits yesterday to the various departments of his ministry. 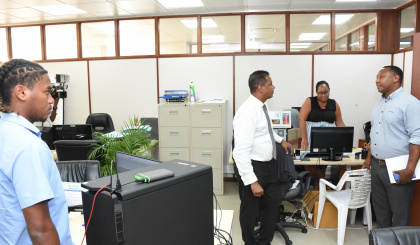 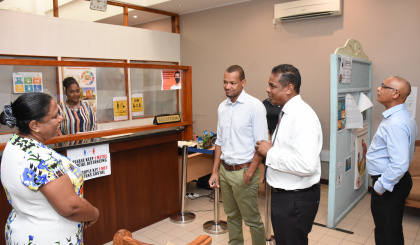 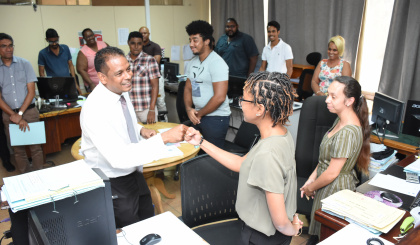