More evidence on the disappearance of Hassanali Umarji surfaces

The disappearance on August 13, 1977 of well known businessman in Seychelles, Hassanali Umarji, has lately become one of the most followed cases before the Truth, Reconciliation and National Unity Commission (TRNUC) as more evidence are coming in with regard to the case.

At yesterday’s hearing two more witnesses came forward with new evidences, thus shedding more light on the first ever case of disappearance after the 1977 Coup.

Mr Umarji’s empty car was found abandoned at St Louis, facing towards Beau Vallon, with the door open and the radio still on.

Giving evidence yesterday in the case (055) filed by Carlette Ball – the partner of Mr Umarji – was Geraldine Laporte and Juliana Betsy and in both sets of testimonies a familiar name, precisely Lina Bonnelame, kept popping up as it has been the case in previous hearings.

In the other open session hearing yesterday, Maurice Loustau-Lalanne in his capacity as ex-principal secretary for Tourism and Transport gave evidence in case 0306 filed by Alwyn Talma regarding objection to his tourism project on his parcel at Anse Lazio, Praslin.

Taking the stand, Mrs Laporte began her testimony on her relation and affiliation to the accused in question – Lina Bonnelame – which she described as being a close friend back then, being active alongside her when she was in charge of the Blind Fate band.

Giving account regarding the night of the disappearance itself, Mrs Laporte said Ms Bonnelame came to her house and had a drink with her late husband, before the former informed them that she needed to leave suddenly because she had something to do.

She explained that after Ms Bonnelame left, her husband Patrick suggested that they go to Pirates Arms for dinner, instead of cooking.

She said on their way down they saw a stopped car at St Louis close to the SPUP branch office, facing towards Beau Vallon, but in the opposite lane.

She explained that one door was opened and they also noticed a slipper next to the vehicle.

From Pirates Arms, the couple went back to their home when suddenly Ms Bonnelame reappeared and asked to see Mrs Laporte on her own inside the house, precisely in the living room.

Once inside, Ms Bonnelame asked her to, if ever the police came to her house, tell them that she had been there the whole time during the night.

She said the next morning three police officers including Raymond Savy came to her house, asking her whether Ms Bonnelame was at her house the previous night, to which she answered yes, still without knowing what had happened.

When asked about her trip to Pirates Arms, Mrs Laporte came up with a story in her attempt to cover for her good friend at that time.

Apologising before the TRNUC, Mrs Laporte admitted to lying to the officers on that particular morning by telling them that Ms Bonnelame had a spare key to her house and had in and out access whenever she wanted.

“I did not know the gravity of what had happened, otherwise I would not have covered for her,” explained Mrs Laporte, who added that even if she and her husband spotted the car in the same position on the way back she did not know who it belonged to, until it was official that Mr Umarji was missing.

Mrs Laporte also explained her friend never mentioned anything regarding the suspicious car, nor the disappearance of Mr Umarji, while it never crossed her mind that Ms Bonnelame was involved in the incident.

Mrs Laporte also told the commission she feels that she should have questioned her friend regarding her request to lie to the police, but then again, being friends at that time she did not see it as a big deal, until she learned about the whole incident.

She however noted that even if her answer was different, at that time, nothing would have happened to her friend because she was being influenced and protected by top people in the society.

When asked whether she feels like betraying a friend while giving evidence before the TRNUC, Mrs Laporte proudly said no, since there is no betrayal in telling the truth.

Mrs Laporte said she is not taking any side, or supporting any party in the case, but she is only giving evidence of what happened on that particular day.

The next witness in the case was Juliana Betsy (Carlette Ball’s sister) who gave fresh evidence gathered following a visit at her residence at Glacis whereby someone responded to her appeal for people who know anything regarding the incident to come forward.

According to the evidence, someone who lived in the vicinity of the crime scene witnessed the abduction, but was paid to keep quiet.

According to Mrs Betsy, from the abduction scene, Mr Umarji was taken to Bel Eau first, before being driven to L’Exile where he was interrogated by ex-President Albert Rene.

Still according to the evidence, after Mr Umarji refused to talk, they tortured him, before taking him down to Michael Pillay’s workshop where he was dismembered alive on a machine by three individuals.

Following that, his boddy parts were put in a gunny bag and dumped into the sea.

Commenting on Ms Bonnelame’s supposed involvement in the incident, Mrs Betsy said she was spotted in the vicinity of the family’s house at St Louis sitting in her car for quite a while, before disappearing at around 7pm.

She was then spotted again driving up and down the road, observing the atmosphere at the family’s house.

Following the testimonies, chairperson of the TRNUC Gabrielle Louise McIntyre said reconciliation should be a voluntary process and the commission wants people to see the value of coming and telling the truth, giving others the closure they deserve, as well as relieving themselves of secrets and burdens they have been carrying for so long.

She however added that it comes a point, if people are going to hinder the finding of the truth, the TRNUC will get tough, even if it has been very mild to date.

Mrs McIntyre added that the TRNUC will have no other choice but to use its enforcement powers against people who refuse to cooperate in the spirit of reconciliation.

The first witness to appear in open session at yesterday’s hearing was Maurice Loustau-Lalanne who gave evidence in case 0306 filed by Alwyn Talma in regards to objection to his tourism project in 1995 on his parcel 2552 at Anse Lazio, Praslin by Mr Loustau-Lalanne who was then the principal secretary for Tourism and Transport.

Mr Talma maintained that he had been granted development permission by President France Albert Rene in a meeting in 1994 and he claims that during that meeting, President Rene called Mr Loustau-Lalanne in to tell him that he had given Mr Talma the permission to go ahead with the project.

Mr Talma claims that in spite of having received the permission, Mr Loustau-Lalanne as the principal secretary for Tourism and Transport and later for Environment caused numerous delays in the execution of the project to the point that it is still pending.

In his testimony Mr Loustau-Lalanne said he has known Mr Talma all his professional life and that they are still friends even if he, Mr Talma, has put so many burden on him.

Regarding the hotel project at Anse Lazio, Mr Loustau-Lalanne said government policies need to be followed.

What he confirmed was that in May 1994 Mr Talma received the approval to venture into a small hotel at Anse Lazio and in February 1995, he was allocated with an additional 14 rooms to reach a total of 20 rooms.

He explained since the approval, to date, there has been no development and this, he said, is regrettable.

He noted that if Mr Talma had listened to the authority’s advice, today he would have been the proud owner of a nice hotel on the nicest beach in the world, since every year, Anse Lazio receives awards for being a remarkable beach in the world.

He however explained that he will not interfere in Mr Talma’s decisions.

Mr Loustau-Lalanne said, contrary to the accusations made by the complainant, he never blocked, nor obstructed him in any way and since he was an hotelier, it is totally normal to back all investors who are tourism related.

The former principal secretary also noted that in Decembers 1995, Mr Talma applied to set up a table on the Anse Lazio beach to sell fruits, an application which he personally objected since he did not feel that it was right to set up a bazaar on such a beach.

“That was the only application I rejected while I was in charge submitted by Mr Talma,” explained Mr Loustau-Lalanne.

He added that between 2006 and 2009 when he was the executive chairman and chief executive of the Seychelles Tourism Board (STB) another application for expansion hotel came in, precisely to provide access to the parcel.

Upon seeing the application, Mr Loustau-Lalanne said he informed his staff that he will not be dealing with the project, simply because in the year 2000, Mr Talma told ex-President Rene that he, Mr Loustau-Lalanne, was selling his property at Anse Lazio to a foreign investor.

“Let me explain what happened. Since 1995 there has been an approval to start a project of 20 rooms at Anse Lazio. At the beginning of 2000 when Beachcomber, which is a Mauritian company, came to Seychelles to start building a hotel on Ste Anne, I felt that since Mr Talma could not start his project, maybe due to financial constraint, I approached the chairman and shareholder of Beachcomber and asked him if he was interested in talking with Mr Talma regarding his project. I cannot get involved into something which does not concern me, or sell a property which is not mine,” Mr Loustau-Lalanne explained.

He added that Mr Talma took that the wrong way and felt that he was selling his project to foreigners. 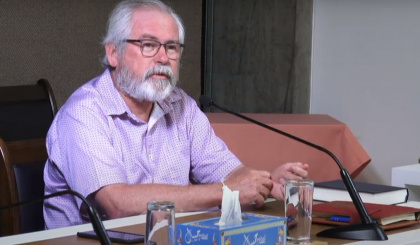 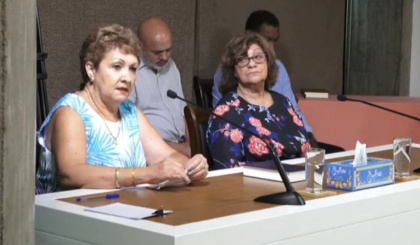