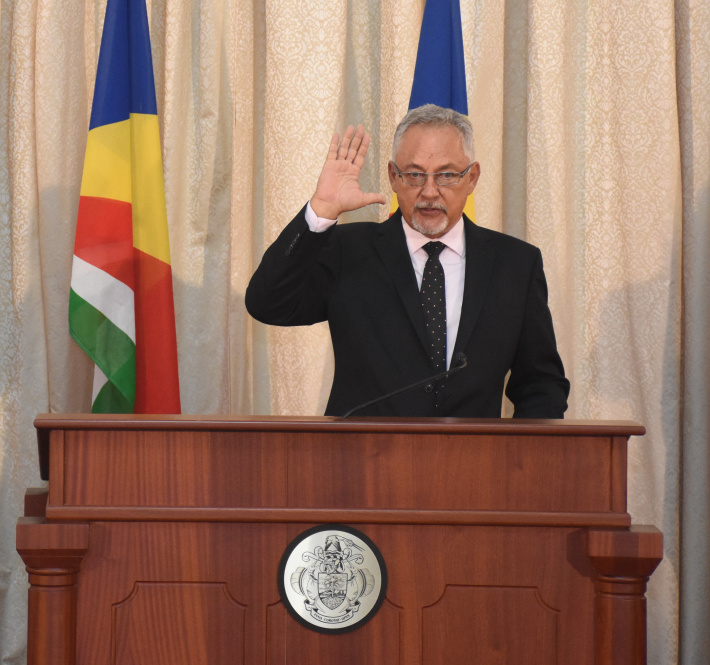 Swearing in as minister

‘I want Seychellois to profit from that industry (fisheries), make money, get rich and then pay their taxes’

Seychelles has a new cabinet with 13 new ministers appointed. While some of them are familiar faces, a few others had not been in the limelight. In an effort to better acquaint ourselves with the new cabinet, Seychelles NATION will be sharing with its readers the profile of each minister on a regular basis.

The fourth minister we are portraying is the Designated Minister and Minister for Fisheries Jean-François Ferrari. He also has the portfolio for the Blue economy.

Currently, there are many expectations from the community of fishermen and investors and they want to see things move forward. The Designated Minister is all set to promote this sector by giving priority to the Seychellois.

Designated Minister Ferrari is also described by many as a colourful character and during our chat with him, he indeed lived up to this description.

Seychelles NATION: Tell our readers about your journey from childhood to your young adult years.

Designated Minister Ferrari: I was born in a pretty well-off family. My father was a medical doctor and we are five of us in the family. We had a normal but simple life. We were always taught to appreciate simple things in life and not to waste. We were also encouraged to pay attention to what is happening around us – to our neighbours, to the people in our community and to engage in the society. As a normal kid, I went to Seychelles College to do all my studies and I cannot say I was a very bright student. Some people will say I am a colourful person and I have had that for many years, since I am young. The teachers remember me as more troublesome than anything else. I suppose I carried this trait of my character all my life and try to move and change things. After my secondary school, I moved to France to study Law but I realised very early on that if I were to study law, I would become somebody who conforms to the law. And I did not want to conform to the law, I wanted to change the laws. So that’s why I did a degree in sociology with Political sciences and economics at Aix-Marseille University in Aix-en-Provence. Then I came back to Seychelles in 1984.

Seychelles NATION: Please tell us more about your professional and political life.

Designated Minister Ferrari: I came back in 1984, when my father, who was a minister in the Government, was leaving the country after a fall out with former President Rene. I wanted to carry on the argument with Mr René. I worked a couple of years with the Ministry of Education, then I went back to France to pursue my education in ‘Sciences de l’éducation’ and came back here in 1990 to start my political activism. I knew Wavel Ramkalawan and the team as they were in the same school and then I met my teacher from school Roger Mancienne. We joined up together and we started the newspaper called ‘Regar’ which we published for 20 years. It was an amazing time. There was no democracy, no multi-party so we had to fight for it. It was hard sometimes but it was fun and rewarding. I kept my friendship with many of these people and I never realised that I will end up in a government office as this was never the plan. I wanted to make Seychelles a better place and then retire. Then I got the surprise at the age of 60 where we won the elections and sitting in an office having to submit to a journalist (joke) and the public.

Seychelles NATION: Tell us about your family life.

Designated Minister Ferrari: At the age of 39, when most people have already settled down at this age, I was busy doing other things; I did not have much time for dating and settling down for a partner. I met my wife 12 years prior and decided to get married. I got my first kid at the age of 40. I made it just in time and now have two children – one son of 20 years and a daughter of 15 years old. We live in one compound with my in-laws next door and parents also next door. All the grand-parents are there and it’s an interesting family life. I try to spend time with them as much as I can and now my wife Brigitte begins to complain as she has not seen much of me for the past few days. I have a brother and three sisters who do not live in Seychelles. So we see each other very rarely, except for my eldest sister who is a doctor and she comes to Seychelles twice a year. Family life is important and I also put a lot of emphasis on friendship. Our home is open to as many friends I can have. Friendship is probably one of the most important things in my life. My father usually said that, when he went into politics he lost some friends, but I went into politics and I made friends from all sides of the political stratum. I think really I wanted to respect everyone because I was not respected for what I believed in. As in 2006, I was injured during a demonstration against the government's monopoly on radio and television. In 2009, I was again injured during a demonstration. I was also locked. That’s part of the job and in spite of that, I made lots of friends. In Mont Fleuri where I was elected three times, I made a lot of friends.

Seychelles NATION: As Designated Minister you have a special place for the youth of this country. Share your thoughts with us

Designated Minister Ferrari: This is because I always think I am young at heart and I like engaging with the youth. Actually I am a bit of an embarrassment to my kids as I walk around with a bag pack! I really want to encourage the young generation to make the most of life and also don’t be too much in a hurry for your professional life. Live your life as a young person, enjoy but keep having your ambitions. I really fought to get the Blue economy portfolio as I know that this is a portfolio where youth can dream, can plan their lives, see a future for themselves and can get involved in government affairs. This is what I wish to do with them and hopefully they will consider me one of themselves.

Seychelles NATION: And now, having been appointed a minister, what will be your main duty and how accessible will you be to the public?

Designated Minister Ferrari: This is an open office. Everybody who knows me will know that I get a phobia when I am alone. I don’t like being alone. I tend to leave my door open, so that I can see people walking. I start seeing people at 7.10am because I do not want a diary full of names of people who want to see me.

For the fisheries industry, I see a lot of potentials and also untapped potentials. I would be happy if I could remove hurdles and allow people to invest and grow that industry. I want people to profit from that industry, make money, get rich and then pay their taxes. So I will remove all the hurdles and invite people to come and invest. I will put the Seychellois first as I believe they should be given the first opportunity and if they cannot then I will ask them to have joint partnerships/investments from people around the world. Only when we are not able to do it ourselves, we will open the market to international partners. In line with my personality, I would like to give people who are in fisheries better credentials, better respect. I want them to feel proud. It is a most noble profession and when thinking back this is the only job Jesus Christ did. He was a fisherman and I want the fishermen to feel proud. I want to communicate this enthusiasm back to the people and there are opportunities out there. Do not be scared of what people will say about you and just grab the opportunities the country is offering to them. The two conditions are we do it sustainably for several years and those who are making money pay their taxes. 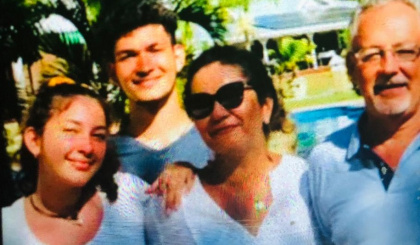 With wife and children 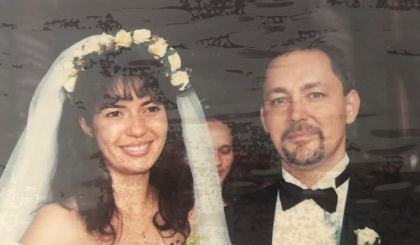 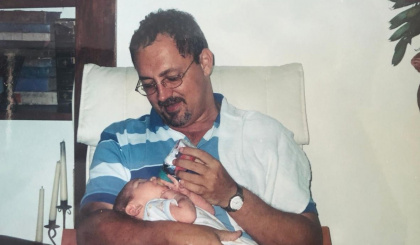 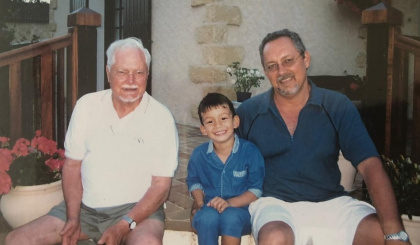 With son and father 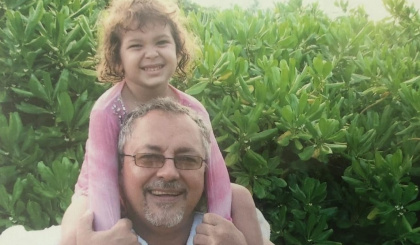 Relaxing day out with daughter