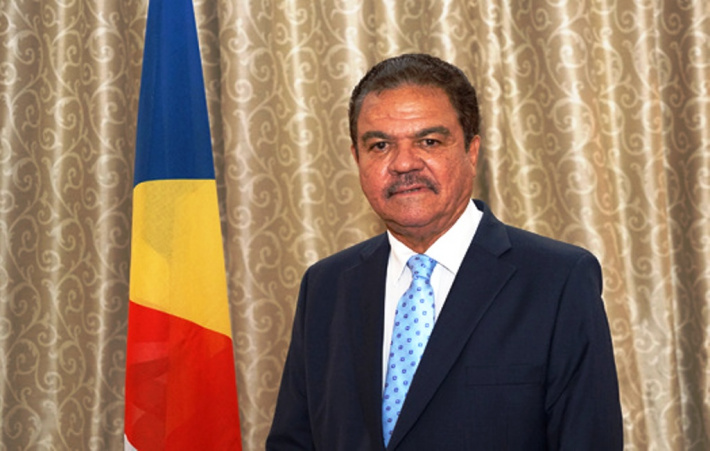 Ambassador Claude Morel will be returning to the department of Foreign Affairs, after a hiatus of three years, in his capacity as an ambassador Extraordinary and Plenipotentiary of the Republic of Seychelles.

This follows a decision by President Wavel Ramkalawan based on his vision of strengthening all government bodies with the addition of skilled, experienced and competent personnel.

“The department of Foreign Affairs is the window of Seychelles to the world beyond. Not only is it the official conduit for the conduct of our international relations and foreign policy, but it is also the first point of contact for the Seychellois diaspora, especially through our diplomatic and consular missions,” said the President.

“As such,” continued President Ramkalawan, “the department of Foreign Affairs needs people of calibre, men and women seasoned in the art of diplomacy to consolidate and enhance our bilateral and multilateral relations, to take them to a new level and to bring about the changes that are required in line with our vision”.

“Ambassador Morel has the skills, competence and experience that will allow him to fulfil the responsibilities that will be entrusted to him, and I know that we can depend on him,” added President Ramkalawan.

Ambassador Morel has a long and distinguished career in diplomacy. He has served as resident ambassador of Seychelles to several countries, including the United Kingdom, France, the United States, Canada, and South Africa, with concurrent accreditation as non-resident ambassador to several European, African and Caribbean countries. Ambassador Claude Morel also served as Seychelles’ Permanent Representative to the United Nations, SADC and Comesa, Unesco and the Organisation Internationale de la Francophonie.

The Minister for Foreign Affairs and Tourism, Ambassador Sylvestre Radegonde, has welcomed Mr Morel’s re-assignment to the Seychelles Foreign Service. “I am delighted to welcome Claude Morel back to our Foreign Service,” he said. “Claude is an old friend and colleague. We have worked closely together for many years in various capacities; his long experience will be an asset to us as we reorganise, revamp and re-dynamise the department of Foreign Affairs,” added Minister Radegonde.

Ambassador Claude Morel’s new functions will be announced at a later date.