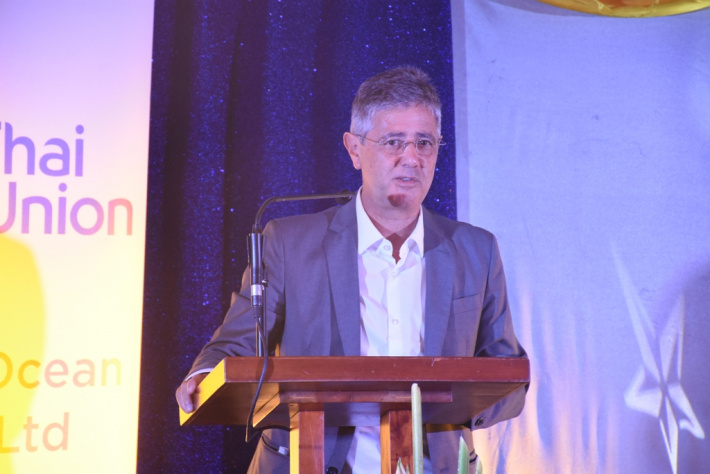 “The Indian Ocean Tuna canning factory is a privilege of Seychelles and I hope it will remain a great partner over the years to come.”

This was said by the Minister for Fisheries, Jean-François Ferrari, as he addressed the 82 employees being honoured for their dedication and loyalty towards tuna-processing factory Indian Ocean Tuna (IOT), part of the Thai Union Group, during the organisation’s annual long-service award ceremony on Saturday evening at the Savoy resort and spa.

He noted that he had a very positive visit at the factory recently where he witnessed the many improvements that IOT has made over the years.

“It is important that we encourage the next generation to join this industry. IOT is one of the only companies that did not lose a day’s work because of the pandemic and it should remain an industry that is precious to our country,” said the minister.

General manager of IOT, Ricardo Luzio, in his address thanked the employees for dedicating the best years of their lives to IOT.

“IOT will be completing 25 years since its acquisition. IOT has delivered something important to the economy of Seychelles,” he said.

He also acknowledged that IOT is a company for the people and added that it’s now time for the long-serving employees to think on what they can deliver to the new comers as they will be the one replacing the older workers once they retire.

“Many times we hear about problems arising in factories and it is up not only the management team but all the employees to find solutions to the problems that affect our company,” said the GM.

He ended by saying that the most important value that all employees have is passion for the job they have as no one stays with a company for years if they are not passionate.

The evening continued with presentation of awards, where each awardee received a certificate, a shield and monetary prize.

The longest-serving staff who have been with the company for thirty years is a group of Seychellois women comprising Flocy Melanie, Marie-Paul Julie, Daphne Isaac, Alda Raoul and Angelle Moustache.

Florisse Ernesta, who started to work at the factory on March 7, 2000 was rewarded for 20 years of service at the factory. She said that the award is a big achievement and proud moment for all employees.

“It is very encouraging to see such large groups of employees happy to continue working for the same company after 10, 20, 25 and 30 years,” she said.

She continued by adding that she loves her job and she represents IOT in every activity that she can especially in eco-friendly marathons.

“We the long serving awardees are privileged to have witnessed the progress made by the factory over the years, and we are employees who should never miss the opportunity to explain to the young workforce the massive improvements made in the working environment of IOT,” said Ms Ernesta.

She also thanked the management team for the good cooperation and understanding as over the years the factory has been through some rough seas.

The night continued with a buffet followed by entertainment. 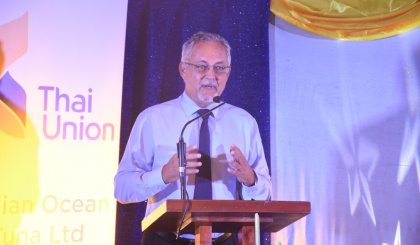 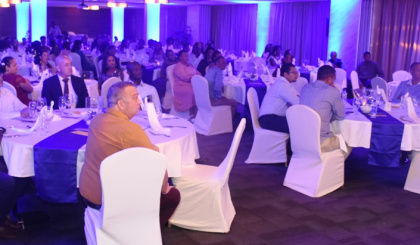