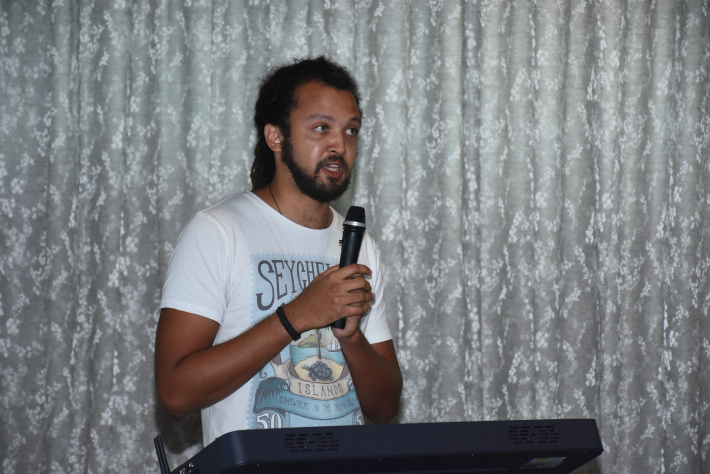 The depths of our oceans hide a unique living world that we barely understand – but these mysteries are already under threat from a controversial new industry: deep sea mining.

Fearful of Seychelles’ involvement in the industry, the department of Blue Economy hosted a deep sea mining dialogue yesterday at the Nayopi conference room, Providence.

The event was attended by key departments involved in the Blue Economy which includes the department of environment, Nature Seychelles, Un Youth, Global Shapers, Seychelles Islands Foundation and other entities.

The event was centred on deep sea mining which is where mining companies mine for valuable materials like copper and zinc.

In an interview with Seychelles NATION, Jeremy Raguain noted that in Seychelles deep seabed mining is not taking place but he acted in his capacity as a young ocean leader to create awareness on deep sea mining and its implication especially since the ocean bed is one of the least explored ecosystems in the world, it can affect fisheries and climate.

“At the sustainable ocean alliance we are calling for a 10-year moratorium in line with the UN decade of ocean science for sustainable development to give us a chance to know more about this area,” said Mr Raguain.

He continued by saying that the Ministry of Fisheries is involved in this discussion.

“In the deep sea, we find underwater mountains that are oases for sea creatures, ancient coral reefs and sharks that can live for hundreds of years. These are among the longest living creatures on Earth, which makes them particularly vulnerable to physical disturbance because of their slow growth rates. Researchers estimate that harm to wildlife from mining is likely to last forever on human timescales,” said Mr Raguain.

He added that machines cutting the seafloor will create sediment plumes, which could smother deep sea habitats for kilometres.

“Within our waters I’m not aware of any significant deposit of these minerals. In the region India and other countries are testing mines and with ocean currents and the way that things move around, anything can affect our marine ecosystem,” he said.

Mr Raguain also noted that if we did have minerals in the country it would benefit our economy but we need to conduct research to understand the pros and cons of mining our seabed.

He continued by saying he does not believe that deep seabed mining can be done with low impact.

“In the future we might have sustainable deep sea mining but what we are seeing right now I would have to say that it does pose a risk,” he said.

Francesca Asrienne, director general, Maritime Boundary Management in the department of Blue Economy added that in the central Indian Ocean there is an international company that is conducting research on deep seabed and since we are in the region we must keep an eye on what is happening. 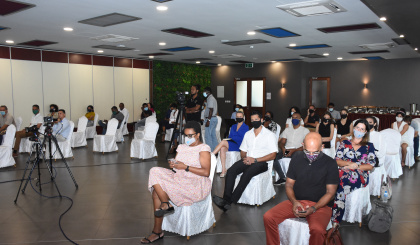